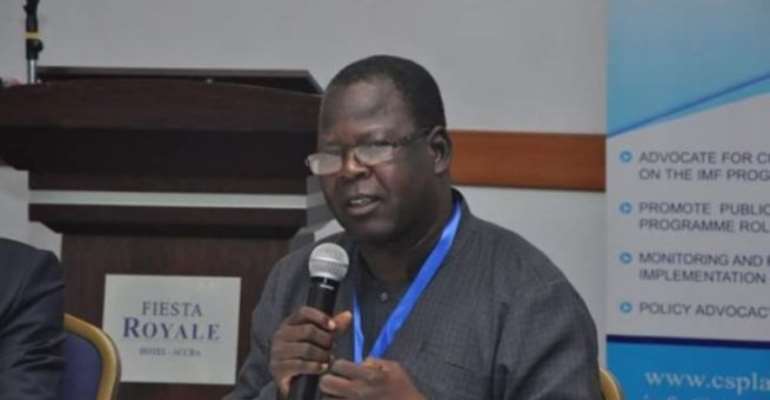 Anti-corruption campaigner, Vitus Azeem says the government's directive to the Auditor-General, Daniel Yaw Domelevo, to proceed on his accumulated annual leave is a smack on the independence of Auditor-General's Office.

According to him, such a directive would have best come from the Public Service Commission.

A statement from the Presidency on Monday, June 29 directed the Auditor-General to proceed on a 123-day leave from Wednesday, July 1.

“The President's decision to direct Mr Domelevo to take his accumulated leave is based on sections 20 (1) and 31 of the Labour Act, 2003 (Act 651), which apply to workers, including public office holders such as the Auditor-General.”

It added that Mr. Domelevo must hand over all matters relating to his office to his Deputy, Mr. Johnson Akuamoah Asiedu.

The development has since generated heated conversations on social media with many accusing the government of bad faith and employing a tactic to remove the Auditor-General from office for being critical of state spending.

According to him, because the number of days given to the Auditor-General means that will he may resume work much later in 2021.

“One would have expected that if anything at all, it should come from Parliament or the public Services Commission and not come from the president because it means that it is a way to push the person out especially if he is nearing retirement. This 123 days will take him beyond the election period, even into the middle of next year,” Vitus Azeem said in a Citi News interview.