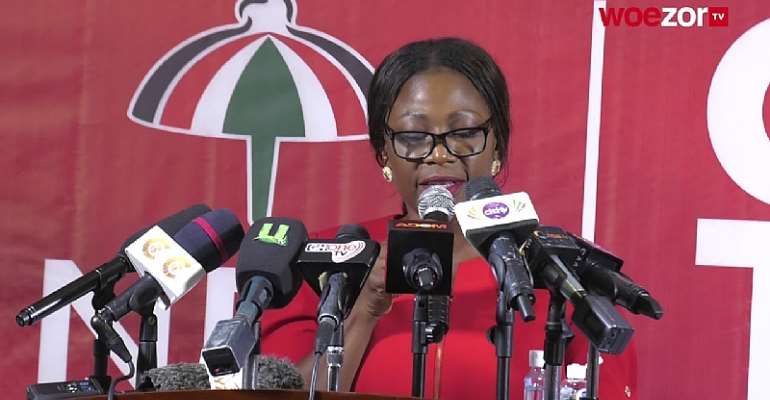 A group of women traditional women leaders have condemn some political actors and social media users for their constant attack on the National Democratic Congress (NDC) parliamentary candidate for Essikado-Ketan Constituency in the Western Region, Professor Grace Ayensu-Danquah.

Nana Abena Akonobea I, Amanokrom Prabromnkosohemea, who spoke on behalf of the group at a press conference, said "One of the major obstacles to women's political participation in Ghana is the culture of contempt, insults and passing of degrading comments against female political aspirants and politicians".

She said for some time now, some political actors and social media users had been casting aspersions on the person of Professor Ayensu-Danquah, a medical practitioner and a philanthropist, a move seen to just discourage her attempt to contest as a parliamentary candidate.

The Nkosohemea noted that Prof. Ayensu-Danquah is the first women to contest on the ticket of any political party for the Constituency and therefore must be encouraged for her boldness and not insults and name calling to destroy her hard won reputation.

The queen mother called on all interested in women's empowerment to condemn the attacks on women who seek political office, adding that “is gradually becoming a culture that has for long sought to downgrade women's worth and dignity, so as to keep them perpetually marginalised and subordinated in society”.

She cited the attacks on former and current Electoral Commission (EC) bosses, Charlotte Osei and Jean Mensah respectively, and described such acts as “shameful and a sheer abuse of women's fundamental human rights meant to derail efforts to eliminate gender inequality in politics”.

Accra: One Killed As 4 Cars, 2 Motorbikes Collide At Anyaa
29 minutes ago