16 Fathers Shaanxi To Court Over Deaths Of Their sons 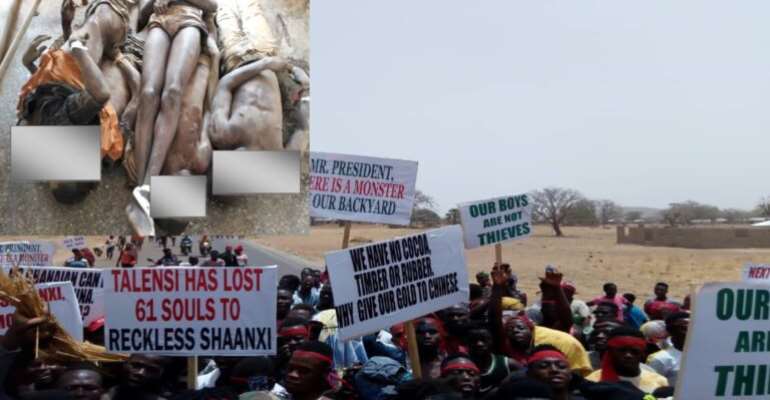 Some 16 grieving fathers have taken the Shaanxi Mining Ghana Limited to the High Court in Bolgatanga requesting damages for the deaths of their sons.

Renowned lawyer, Godwin Kudzo Tameklo, is representing the 16 parents, most of them elderly, in court as they press for justice in tears.

Their sons, said to be small-scale miners, died in the Upper East Region after inhaling a toxic gas from an explosive reportedly blasted by the Chinese-owned mining company in January, 2019. They died one after the other just hours apart after drawing in the poisonous smoke whilst they were searching for gold underground at Gbane, an awfully disadvantaged community in the Talensi District.

“Don’t give him water! Don’t give him water!” somebody cautioned aloud in the dark in the locally spoken Talen as a do-it-yourself rescue party, made up of some members of the community, helped in pulling out the dying victims from a fume-engulfed mining pit and carrying them on their backs with speed towards waiting vehicles readied for any health facilities they could find that moonless midnight.

The caution, heard on a videotape taken whilst the desperate rescue efforts were underway, came after one of the victims gestured for water as he clung to the back of a rescuer foaming in the mouth and fighting for breath with both eyes partly shut. 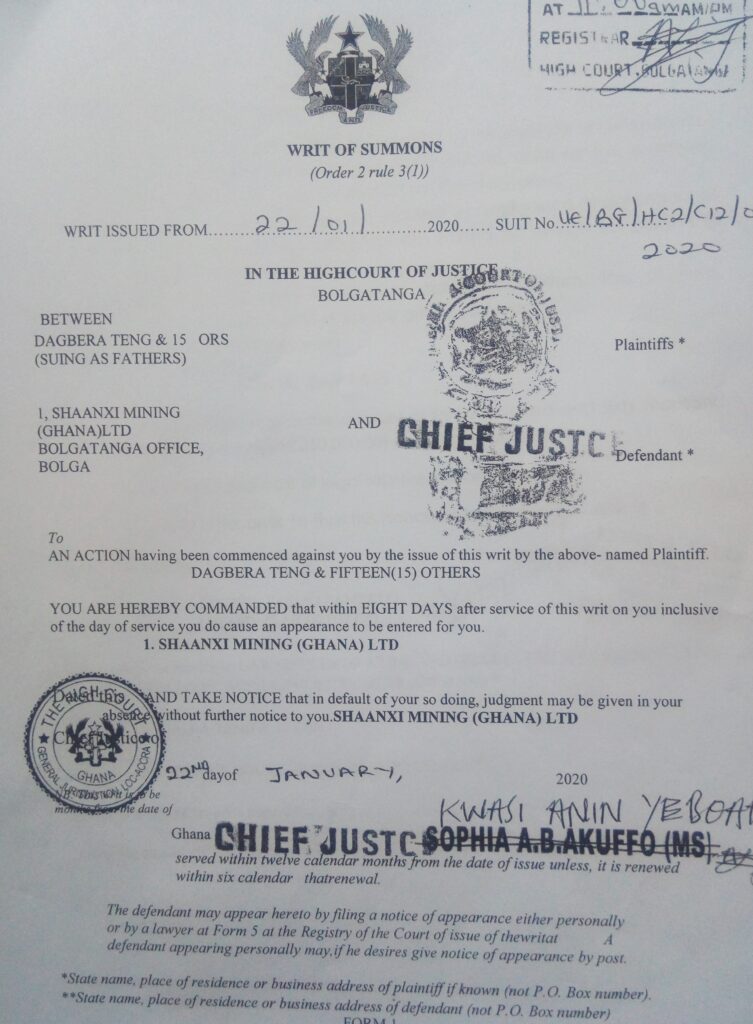 The giver of the caution held the view that taking water after sucking in the deadly fume would limit the likelihood of survival. Just hours later, a heap of dead bodies grew in front of the mortuary block of the Upper East Regional Hospital after the 16 young men succumbed in quick succession. The midnight tragedy, described as the worst mining-related disaster to have hit the region so far, forced strong men to dissolve in tears in front of the stockpile of autopsied bodies pending burials at separate hometowns in the mineral-rich-yet-deprived district.

A copy of the writ of summons spotted by Starr News itemises some general and special damages being pursued by the heartbroken fathers.

They are pushing for Gh¢360,000 per deceased person as well as the cost of funeral expenses and the cost of legal representation.