Ministries to become a Restricted Area 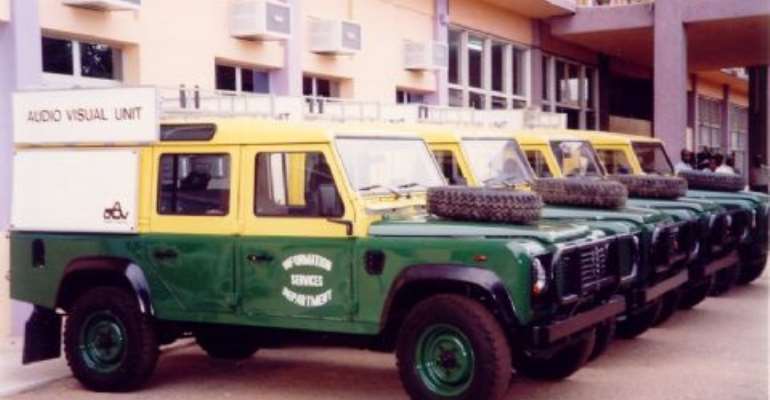 Accra, July 6, GNA - The Ministries Area in Accra would become a restricted area open to only people doing official work.

The Ministries stretch from the Accra Sports Stadium through to the Kinbu Gardens area in the west and from the Volta River Authority offices area in the south to the ridge area in the north. According to Dr Paa Kwesi Nduom, Minister of Public Sector Reform (MPSR), there would be an education campaign on the issue next week to facilitate the move.

He said the decision was part of Government's resolve to change the atmosphere in which Government or public service workers operated. Speaking at the launching of the Client Service Unit (CSU) of the Driver and Vehicle Licensing Authority (DVLA) in Accra on Thursday, Dr Nduom said the move was to allow Civil Servants time and peace of mind to do the work they were expected to perform with efficiency. The CSUs are units established by the MPSR to act as a check on the performance of Ministries, Departments and Agencies and to correct anomalies that arise through a set system.

The Public Sector Reform Minister explained that the Civil Service served all of Ghana, managing confidential, financial and personnel records for all Ghanaians and foreign residents.

They also handled payrolls, pensions, tax, birth and death and other confidential data in the Ministries.

He indicated that the Government by the end of the year, would stop people from selling bread, goats and cloth and in some cases alcohol from door to door in the Ministries.

"We will close down the lotto kiosks in the Ministries area," he said.

Dr Nduom said Civil Servants required an uninterrupted and free atmosphere to work in, "since we all complain when our Government workers delay the processing of payments, licences and other key services."

He said in South Africa; Tanzania; Botswana and in other developed states, "you cannot just walk into offices of centralized executive function records centres without an appointment and appropriate clearance".

Dr Nduom said this would not 93be done in a day; but from today, we are allowing three months for public education culminating in a complete closure of the area to the public by the end of the year.

"The purpose is to get the Ministries area to become a better environment to get the work of Government done efficiently." The idea according to the Ministry is to get on with the task of bringing change in the way public services are delivered, stressing; "in the process some people would be offended. We do not intend to offend anyone. Change is difficult, but the move would be positively done and hopefully we would achieve the desired results".

Mr Joseph Osei-Owusu, Chief Executive of the DVLA, expressed satisfaction at the establishment of the CSU at the DVLA, noting that it would help the staff to wake up to their duties and for clients to have a window of opportunity if given unsatisfactory service.

Dr Richard Anane, Minister of Transportation, said he was happy that at last the public now had an opportunity to take officials to task for non-performance and urged all to help to make the system of CSUs to succeed.