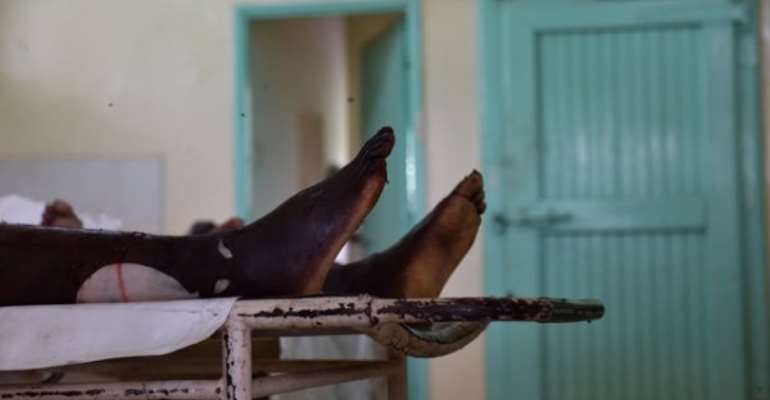 A 58-year-old man, Kudjo Dadudzi has been murdered at Djankwakye No 1, a suburb of Adukrom in the Eastern Region over land issues.

Martey Joshua, son of the deceased accompanied by Stephen Narh who reported the incident to the Somaya District police, explained that he had a call from his younger brother that, their father had been killed on his farm.

He said he rushed to the scene and saw his father lying on his farm at Akorley Foah in a pool of blood with cutlass wounds all over his body.

According to the police, the complainant said his 13-year-old younger brother, Desmond and one Mamuli said they were in the farm with the deceased when one Nartey who was litigating with the deceased over a piece of land came with two others, attacked and hit the deceased, who fell to the ground.

They continued hitting the deceased on the ground with sticks and later use cutlass to inflict wounds on him.

The eye witnesses informed the complainant that when Nartey and his accomplices saw the two boys, they chased them with a cutlass but they managed to escape.

According to the police on receiving the complaint, the police proceeded to the scene and picked the body to the Atua Government Hospital, where he was pronounced dead on arrival.

According to the Public Relations Officer of the Eastern Regional Command of the Police Service, the body of the deceased had been deposited at the Atua Government Hospital morgue for preservation and autopsy.

The police said efforts were being made to arrest the suspects to assist in investigations into the case.