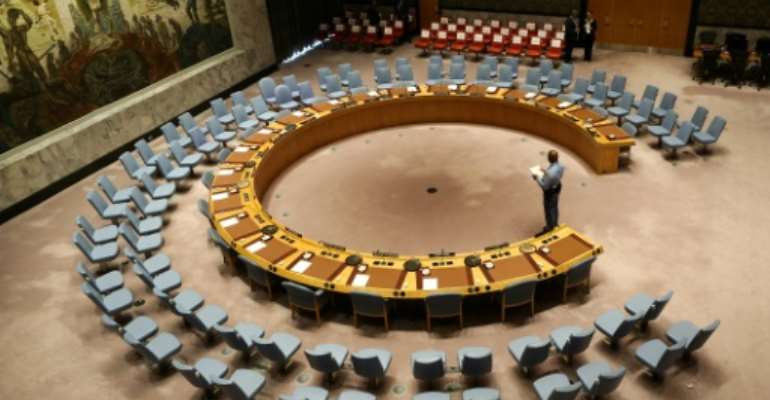 The UN General Assembly elected on Wednesday four new members of the Security Council for 2021 and 2022, with the battle for the African seat going to a second round.

India, Mexico, Norway and Ireland were chosen as non-permanent members, while Djibouti and Kenya -- both of which failed to receive the two-thirds vote majority required to win -- will go to a second round of voting on Thursday.

Canada was beaten once again for one of the Western seats, by Ireland and Norway, despite a long and star-studded campaign.

In the Asia-Pacific region, India -- which has been trying unsuccessfully to win a permanent seat in an expanded Security Council -- ran unopposed to win 184 votes out of the 192 countries that participated in the election.

African nations have in the past picked their own candidate but were unable to put forward a single country this time. Kenya received 113 votes against Djibouti, which got 78.

Kenya boasts of enjoying the support of the African Union, but Djibouti says it should have the seat due to Nairobi's past participation on the Security Council and the principle of rotation.

French-speaking Djibouti and English-speaking Kenya are both highlighting their roles in seeking peace on the Horn of Africa, as well as their contributions to UN peacekeeping options.

Kenya has pointed to its welcome to refugees from Somalia and South Sudan, as well as to its support to the two countries' fragile governments.

Djibouti, in turn, notes its strategic location and unusual role as a defense base for diverse countries -- France, the United States, China and Japan -- as well as its contributions in Somalia.

For Europe and the Western seats, the competition was more customary.

Canada -- already stung by a defeat in 2010 during its last bid for the Security Council, when the General Assembly chose Portugal instead -- was dominated by Norway, with 130 votes, and Ireland, which had 128, the minimum number required to win.

Prime Minister Justin Trudeau had invested heavily in the latest Security Council effort, with the defeat potentially causing him political embarrassment at home. 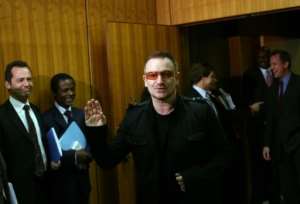 Hoping to woo delegates, both Canada and Ireland had wielded star power: Celine Dion sang in New York City to promote Canada at the UN, while U2 performed a concert in the Big Apple for Ireland.

"Campaigning for a UNSC seat involves endless lobbying, entertaining and worrying that the ambassador who just promised you a vote is a liar," tweeted Richard Gowan, an expert on the world body at the International Crisis Group.

Fearing fraud or manipulation, the General Assembly did not vote electronically, even though the United Nations is mostly operating virtually until the end of July due to the coronavirus pandemic.

Instead, each of the 193 delegations had a chance to cast a secret ballot at a designated time scattered throughout the day in the famous Assembly Hall.

Each new Security Council member needs to win two-thirds of the votes cast -- meaning 128 votes if all 193 nations vote. Delegates could have to vote multiple times to certify a winner.

The Security Council has 10 non-permanent members in addition to the veto-wielding Big Five -- Britain, China, France, Russia and the United States.

The General Assembly also elected Turkish diplomat Volkan Bozkir as its president for the 2020-21 session on Wednesday.

Bozkir was the only candidate running, but Armenia, Cyprus and Greece -- all of which have historically tense relations with Turkey -- opposed him, meaning he could not be elected by consensus and nations had to cast votes.