Mahama Should Apologize To Trainee Teachers And Nurses In Ghana

By Nimoh Jesus || A Concerned Trainee 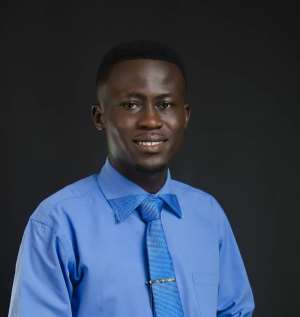 It has become an adage that politicians will use all kinds of feigning attitudes invariably just to win power without thinking of how those reasons will still be valid after they gain power.

The former President John Dramani Mahama in 2014 taught it wise to abate the payment of Trainee allowances (a policy that has been in session for about 54years) with a foible motive of preventing the limitations of admission into the various Training Institutions.

This brought about an array of seething opposition from the various student bodies together with a section of the Ghanaian public which was intended for the Government to reconsider his decision, but then-President John Mahama, who tended to brood on his improvident and charlatan political expediency made this effort futile.

In 2016, two years after the abolishment, barely five months to elections, H.E John Dramani Mahama trying to play a political decoy made a partial U-turn to eat back his words by saying he has restored the Nursing allowances with a drastically reduction from GHC 400 to GHC 150 per month with Teacher Training allowances still canceled.

The restoration of Nursing allowances they said had no structural module other than been shared on a tabletop to Trainees as if we are beggars.

The whining of Teacher Trainees and a section of the Ghanaian public continued but yielded no positive outcome and only received impudence from the unmanly sharp teeth of the NDC government.

H.E John Dramani Mahama praising itself for taking a prudent decision didn't care if it will cost him to lose the elections with a famous tweet "on the matter of Trainee teachers allowances, better to lose on principle than win using falsehood. We'll not reverse the decision."

In 2017,after former President John Mahama had lost to President Nana Akuffo Addo, he came back to dare H.E Nana Addo Dankwa Akuffo-Addo to fulfill his promise of restoring the Trainee allowances which plainly implies that he, Mr. Mahama, strongly sees it impossible for a country like Ghana to continue with the payment of allowances.

In 2017/2018 academic year, President Akuffo-Addo indeed restored the Trainee allowances fully which Trainees will be forever grateful for that, but will also plead with the Government to put measures in place and make it a National Policy to deal with the delay and inconsistency in payment.

And today,Mr.John Dramani Mahama in his attempt to recuperate power has now tend to trumped-up all sort of promises to obscure the minds of the good people of Ghana and wants to evoke such on Trainees. He still thinks the Teaching and Nursing profession are made up of minors and have short memories as he once said, for him to beguile us with his ingratiate ostensible comments.

Dear John Dramani Mahama, Trainees in Ghana won't give in to your sphinxlike, deceptive and masquerade words.

The statement you just voiced out to maintain allowances when you win power seems a great disrespect towards the Teaching and Nursing Profession as a whole and we therefore admonish you to reiterate your words. The days of patronage for such promises is no more.

We want a better Policy that will see the profession perching higher among other professions, curb the delays and inconsistencies in the payment of allowances, thwart unemployment and improve on the working condition of service for Trainees.

The profession is tired of all the political gimmicks by politicians.

I want to use this simple Igbo proverb "Eneke the bird says that since men have learned how to shoot without missing, he has learned to fly without perching".

As our fathers said "you can tell a ripe corn by its look", a comment like this in an election year clearly portrays your self-centered interest Mr. Mahama and not the people, and until you reiterate your words and substitute it with realistic policies followed by an apology, we will see you as a threat to the Teaching and Nursing Profession and will vote based on that in the upcoming elections.

You cannot joke with our professional politicians. Trainees deserve better.

I want to spur all Trainees in Ghana to join this cause.