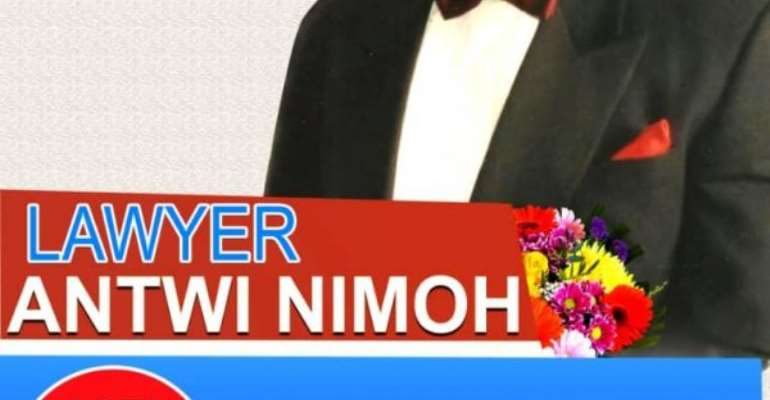 The Convention Peoples' Party (CPP) on Tuesday paid tribute to the memory of the late Lawyer Antwi-Nimo, a former Deputy Interior Minister in the Third Republic, who died in London on June 2.

Lawyer Antwi-Nimo, who hails from the Bretuo Family of Kyekyewere in the Afigya Kwabre North District, later become the Ashanti Regional Minister just before the 1981 Revolution which overthrew the Dr Hilla Limann Government.

A CPP tribute signed by Mr John B. Daniels, Deputy General Secretary of the Party, and copied to the Ghana News Agency, said Lawyer Antwi-Nimo was a member of the GHANASSO the CPP students' union at the University of Ghana in the 1960s.

It said after the overthrown of the Limann Administration, Lawyer Antwi-Nimo went into exile in the Ivory Coast with other Ghanaians.

He was instrumental in organizing the Ghanaian exiles including politicians, businessmen and ex-soldiers into a formidable Ghanaian exile community in Abidjan in opposition to the PNDC military junta.

Lawyer Antwi-Nimo did not end his endeavors in the Ivory Coast as he continued to the United Kingdom where he was a formidable force among the Ghanaian community in opposition to the PNDC.

He later became the Chairman of the Peoples Convention Party (PCP) and later the CPP, the UK and the Northern Ireland branch when the ban on political activities in Ghana was lifted in the Fourth Republic.

Lawyer Antwi-Nimo used part of this law office accommodation as the CPP office in London.

During the latter years of his life he was incapacitated by an illness for some time but he never forgot his CPP.