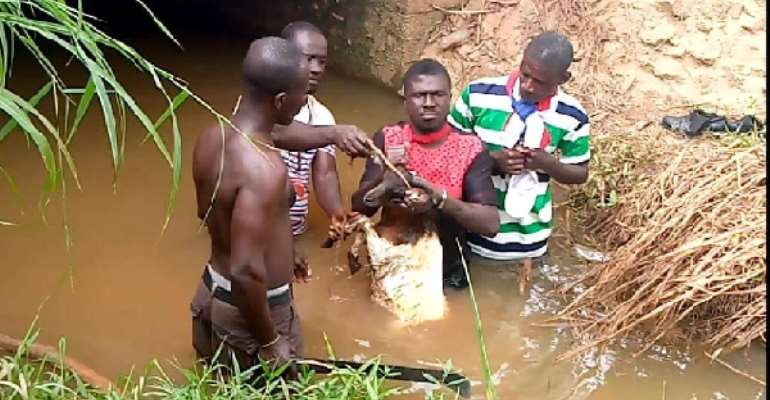 The Offinso Traditional Council in the Ashanti Region has indicated it would punish NPP youth who invoked curses on some executives of the party last Friday.

Nana Kofi Badu Boahene I, Offinso Bemuhenehas disclosed that invoking curses is forbidden in the community but the youth defied it and went ahead to invoke the curses.

Nana Boahene I indicated that the Traditional Council has got hold of the list of the youth who were involved in the act and would be dealt with according to the tradition of the area.

“There is a ban on the on the invocation of curses in this community, how much more going to the River Offin to invoke the courses,” Nana Boahene I disclosed.

Some irate youth of the NPP last Friday invoked curses on some executives of the party for disqualifying other candidates who want to contest in the parliamentary primaries and allowing the incumbent MP, Abdallah Bandah, to go unopposed.

Your Petition Is Opportunistic, Populist; We’re Already Prob...
25 minutes ago