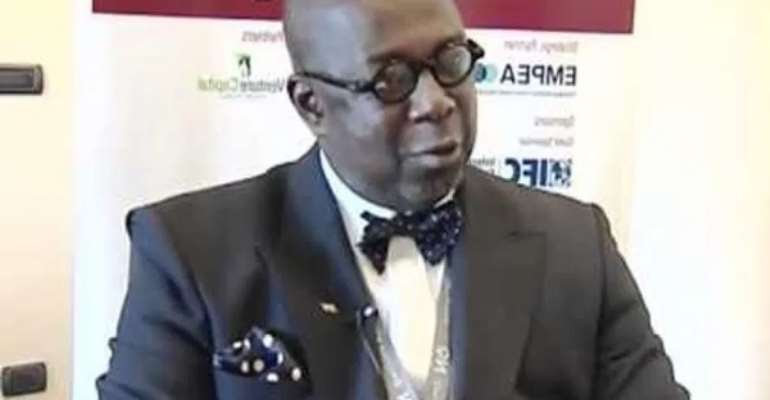 The former Chief Executive Officer of Venture Capital, Daniel Duku and two others, who have been accused of stealing and causing financial loss to the state, have agreed to refund the monies to the state.

Mr. Duku, together with two out of the six accused persons, Irene Anti Mensah and Frank Aboagye Mensah, reached an agreement with the Attorney General's (AG's) Department under Section 35 of the Courts Act to refund the stolen monies in the Venture Capital Trust Fund (VCTF) case.

The three, per their agreements with the AG, will refund the entire amounts and also pay restitution and compensations over a period of time.

The latest development means that the accused persons will have to plead guilty to the charges levelled against them and will be convicted accordingly by the court.

However, they will not spend time in prison unless they default in their agreements to refund the money.

Appearing before the trial court yesterday, Director of Public Prosecutions (DPP), Yvonne Atakora Obuobisa, told the court that some agreements had been reached with the three accused persons, which she would like to announce to the court.

She began announcing the terms of the agreement, stating that Mr. Duku had agreed to pay GH¢15 million as restitution and compensation to the state.

But the court presided over by Justice Anthony Oppong, a court of appeal judge sitting as an additional high court judge, said it would be proper for the agreements to be executed between the AG and the accused persons and then filed at the court registry.

He raised concerns about the accused persons possibly going back on their words to refund the monies, citing instances in civil cases where litigants sometimes drag their feet in and out of court settlements.

Justice Oppong subsequently adjourned the matter to June 8, 2020 for consideration.

Meanwhile, the prosecution has filed witness statements in respect of the remaining three accused persons, including a former NDC Member of Parliament (MP), Richard Lassey Agbenyefia.

The former MP for Keta, former VCTF boss under the previous Mahama administration, Mr. Duku, as well as four former employees of the fund, were arraigned for allegedly misappropriating funds in excess of GH¢42 million belonging to the VCTF, a state agency.

The accused persons are facing a total of 86 charges, and they all pleaded not guilty when they made their maiden appearance before the court.

They were granted bail in the total sum of GH¢170 million by the court.

Per the fact sheet read by the AG, the accused persons allegedly used the names of a number of companies belonging to other persons to obtain loans without the knowledge, permission and consent of the owners.

“The former NDC MP, in some instances, obtained loans in the names of companies based on false representations to VCTF without the knowledge, permission or approval of the owners of the companies,” the AG said in court on their maiden appearance.

“Investigations have revealed that Mr. Duku disbursed various sums of money under the scheme, the total of which far exceeded the approved amount of GH¢2,000,000,” the AG pointed out.

He also stated that prior to the assumption of office of Mr. Duku, there was an existing scheme known as the Special Purpose Vehicle (SPV), which offered loans to farmers in the Northern and Brong Ahafo regions for the cultivation of sorghum.

According to the AG, Mr. Duku continued to stay in office although his appointment was terminated in June 2015 and disbursed more loans to companies which belonged to his official driver and some cronies.

He has been accused of issuing a dud cheque for the refund of $26,063 he took from VCTF to attend an official programme in the United States, which he failed to attend.

“Irene Anti-Mensah and Kofi Sarpong, who were responsible for evaluation and processing of loan applications to VCTF, failed to conduct the requisite due diligence on loan applicants but rather facilitated the grant of loans through falsified records by entering false information on the loan application forms.”

Frank Aboagye Mensah has also been accused of using non-existent companies to obtain loans from VCTF.