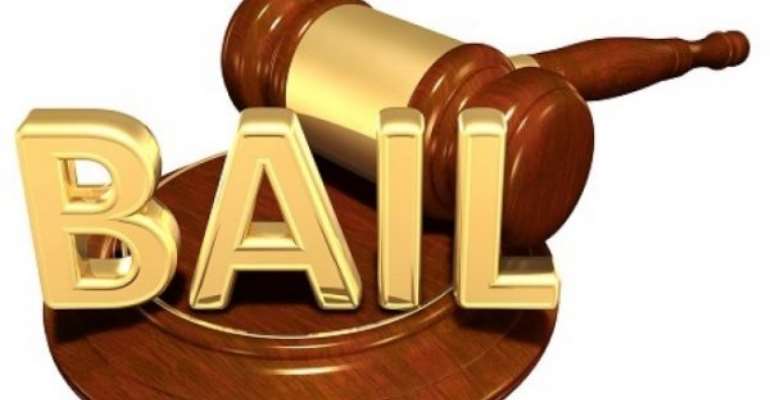 A Nigerian trader, accused of impersonating three Ghanaian Ministers to defraud some people of more than GHC10,000 is battling to execute her bail.

Vivian Sajida Imran, who appeared before an Accra Circuit on Wednesday Court, from custody, consequently had her case adjourned to June 17.

The Court, presided over by Mr. Emmanuel Essandoh, had earlier granted Vivian bail in the sum of GHC12,000.00 with two sureties, one of whom should not be earning less than GHC1,500.00 a month.

Vivian has, however, pleaded not guilty to eight counts of falsely pretending to be a public officer and defrauding by false pretence.

The couple are said to have used the names of the Ministers of state to defraud two victims of more than GHC 10,000.00 under the pretext of securing them jobs.

They told the victims that they could secure jobs for them at the COC0BOD, Tema Oil Refinery (TOR) and the Ghana Gas Company Limited.

They allegedly collected GHC6,000.00 from one Seth Samuel Tetteh to provide him with a job at TOR; and five others of different sums of monies for job opportunities at COCOBOD and Ghana Gas Company limited.

When the case was first called, called Detective Sergeant Frederick Sarpong told the Court that the complainant was an operative of the National Security.

Detective Sergeant Sarpong said in April, Vivian and Joel used the names of the Ministers to create multiple Facebook accounts and pretended to be ministers.

Vivian and Joel in their online chats and phone calls with the victims informed them that they could secure jobs for them with those three companies.

Sgt Sarpong said Vivian and Joel further requested the victims to pay various amount of monies to their mobile money accounts for application forms and interviews.

The Prosecution said: "The honourable ministers who later had a wind of activities of the accused persons informed the National Security so Vivian and Joel were tracked to their house at Ashaiman Jericho, where she was arrested but Joel managed to escape”.

The prosecution said a search conducted in the room of the couple revealed six mobile phones, including the handsets with the three mobile money numbers used to receive the monies from their victims.

According to the Prosecution, the same number was found to be the final destination where the money obtained from the victims were transferred to and later withdrawn.

Prosecution said in Vivian's investigative cautioned statement she admitted being the owner of that number.

The Prosecution said when the victims were later contacted and they narrated their ordeal to the security agents.

The Prosecution said intensive efforts were underway to track Joel.

Covid-19: Breaking Safety Protocols Should Be Our Last Mista...
14 minutes ago