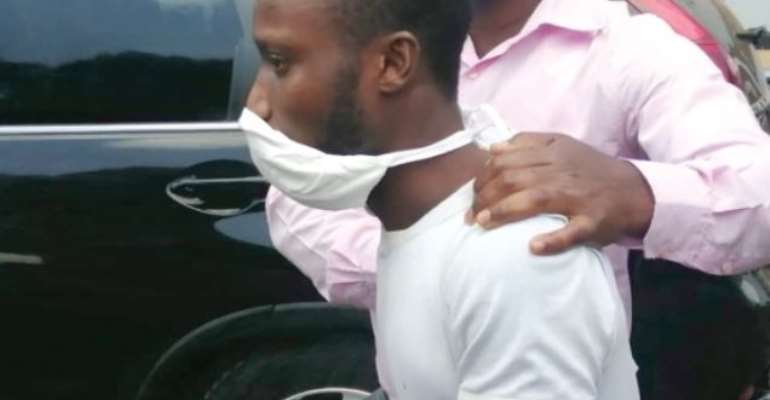 The Kumasi Circuit Court presided over by Her Lordship Patricia Amponsah has convicted Ebenezer Osei Bonsu for inflicting open wounds on his three-year-old son.

The Police in Ashanti Region arrested the 25-year-old father on 10 May 2020 and charged him for assault and causing harm.

The toddler who had his skin shredded up after the accused disciplined him with a wire and belt for being stubborn was also admitted and managed at a health facility in Kumasi.

The accused pleaded guilty to the charge; an offence he denied during his first appearance in court on May 14.

The counsel for the accused, Samuel Kodua Amofa has apologised to stakeholders involved for the inconvenience caused and pleaded for mercy from the Court for his client.

Mr Amofa also wants the Circuit court to be lenient in punishing his client.

He explained to Class News' regional correspondent, Maxwell Attah in an interview that his plea will enable the accused person to assume his fathership role adding, “we're going to pray and fast; you too join us in the prayer and fasting that the Court will deal leniently with us."

"You know, you and I have wronged people before, but the more you insist that you did the right thing, the angrier the person becomes, but once you go to the person and you're able to plead for clemency it helps in one way or the other and we are hoping that the court will take this into consideration when it comes to sentencing," he added.

The accused person who failed to meet his bail bond since May 14, will reappear before the court on June 9 for sentencing.