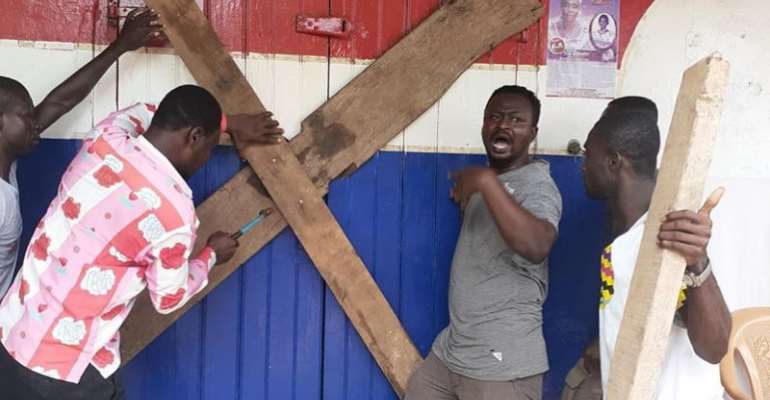 Some angry youth of the ruling New Patriotic Party (NPP) at Mankranso in the Ahafo Ano South West Constituency in the Ashanti Region have locked the office of the party and that of the DCE.

Information available to FirstNews indicates that they youth carried out the exercise because the location for a new hospital which was part of the 88 hospitals promised by President Akufo-Addo has been moved from Mankranso the district capital to Kunsu.

The irate youth were led by Collins Kojo who called on President Akufo-Addo to sack the District Chief Executive for the area, Patrick Adusei.

Collins Kojo noted that President Akufo-Addo mentioned Mankranso at the location for the new hospital but they were shocked to hear that the DCE has cut sod at Kunsu for the hospital.

In the Sunyani West Municipality of the Bono Region, two communities, Chiraa and Nsoatre are all craving for the siting of the new hospital in their respective communities.