I Fully Support Abronye's Claim That Mahama Has A Hand In The Unfortunate Death Of Prof. Mills — Wontumi 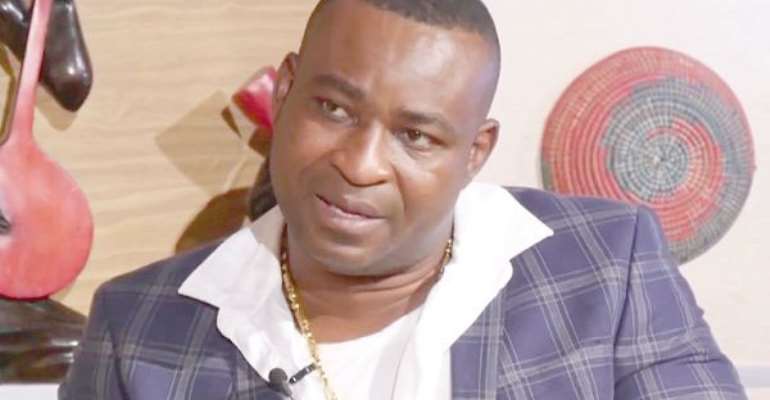 The Ashanti Regional Chairman of the New Patriotic Party (NPP), Bernard Antwi Boasiako, aka Chairman Wontumi, has added his voice to those calling for a probe into the death of former President John Evans Atta Mills.

Without mincing words, he stated emphatically that he was convinced the former President who died in office 'did not die a natural death', for which reason the security agencies should investigate the case and punish the perpetrators.

Another NPP guru, Kwame Baffoe, aka Abronye DC, who is the Bono Regional Chairman of the ruling party, has consistently stated that former President Atta Mills was allegedly murdered by ex-President John Mahama.

The family members of the late President, led by one of his brothers, who is currently a National Democratic Congress (NDC) Member of Parliament (MP), have already cautioned the public, especially politicians, to respect their wish and allow the memory of the former leader to rest in peace.

They have expressed worry over the way some politicians are taking advantage of the death of their beloved for their own parochial interest, saying they are satisfied with the autopsy report of the former leader.

“…an autopsy has been conducted, and I was present when it was done…it is high time those behind these allegations ceased with their act of drunkenness,” Prof. Mills's brother said on radio.

However, commenting on the dicey issue, Wontumi stated strongly that he believed ex-President Mahama, who is the NDC flag bearer for the 2020 polls, had a hand in the death of former President Atta Mills.

He further made other wild allegations against ex-President Mahama, alleging that “Mr. Mahama wants to kill me too and I fully support Abronye's claim that Mr. Mahama has a hand in the unfortunate death of Prof. Mills.”

Wontumi also alleged that Mr. Mahama had committed 'serious atrocities', claiming that he (Mahama) has a hand in the death of other prominent people in the country, especially politicians, but he is walking free.

“Mahama has made himself a political killer. Mr. David Lamptey was killed by him. He also killed Mills and he (Mahama) has a hand in the death of Alhaji Iddrisu Adamu of Royal Bank,” he said on Kumasi-based Wontumi TV.

Wontumi, who did not produce any concrete evidence to buttress his wild claims, again alleged that Mr. Mahama strangely failed to appear at the funeral of Alhaji Adamu because 'of his guilty conscience'.

Touching on Prof. Atta Mills's death, the Ashanti Regional NPP Chairman said “former President Atta Mills was murdered because he wanted to investigate the Airbus saga and so his death must be investigated.”

According to him, Mr. Mahama, who was the vice of former President Mills Vice-President, should also be made to answer the exact time and location where Prof. Mills died, asking “did Prof. Mills die in Ghana or in Nigeria?”