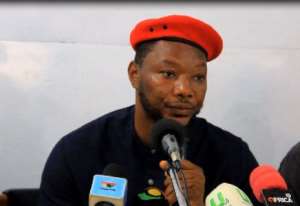 The Inter-Party Resistance Against New Voters’ Register (IPRAN) has accused the government of using the Ghana Police Service to intimidate its members.

The group made the accusation on the back of an invitation the Criminal Investigations Department extended to the National Chairman of the People’s National Convention (PNC) and leading member of the group, Bernard Mornah to assist in investigations over some comments he made against the Electoral Commission deemed to be threats.

“We are appalled by the decision of the CID to kowtow to the whims and caprice of some individuals who have been irked by not just the spirited resistance of Comrade Bernard Mornah in particular but by the Coalition as a whole. The Coalition knows that this is a calculated attempt by the Government through the Police to intimidate and cow the Coalition into submission on the heated matter of the compilation of a new voters' register ahead of the 2020 elections,” the coalition noted in a statement.

The group in its statement further vowed that it will not soften its stance despite the supposed intimidation.

“Let the Police beware that this is not going to soften the poignant stance of the Coalition on the ill-advised and the needless decision to compile a new voters’ register which is going to disenfranchise a vast majority of the people coupled with the fact that it is at a huge cost to the poor taxpayer.”

Mr. Mornah is being invited over some pronouncements he allegedly made against officials of the Electoral Commission (EC) in relation to the yet to be held voter registration exercise.

According to the letter inviting Bernard Mornah to the CID headquarters in Accra, the PNC National Chairman is quoted as saying that he will resist every attempt by the EC to compile the new register.

“People who are already Ghanaians and already registered are going to be taken out of the voters' register. Don't think confusion will come at the registration station but if confusion comes there, you think the EC staff will be safe? We will beat each other there and we will kill each other there if that is what the EC wants to lead this nation to,” the letter quoted Mr. Mornah as saying.

The PNC Chairman reportedly made the remarks at a press conference organized by the Inter-Party Resistance Against New Register (IPRAN) on May 26, 2020.

My comment was an advice to EC, not a threat – Mornah

Meanwhile, Mr. Mornah has explained that the statement attributed to him was only a piece of advice .

Speaking on the Point Blank segment on Eyewitness News, Bernard Mornah expressed shock that his statement would be deemed a threat when he was only giving counsel to the Commission over its recent posture.

“A caution cannot represent a threat but if they take it as a threat, then I may have to bring my English teacher to tell them that cautions are not threats,” he added.

Check below for the full press release from IPRAN 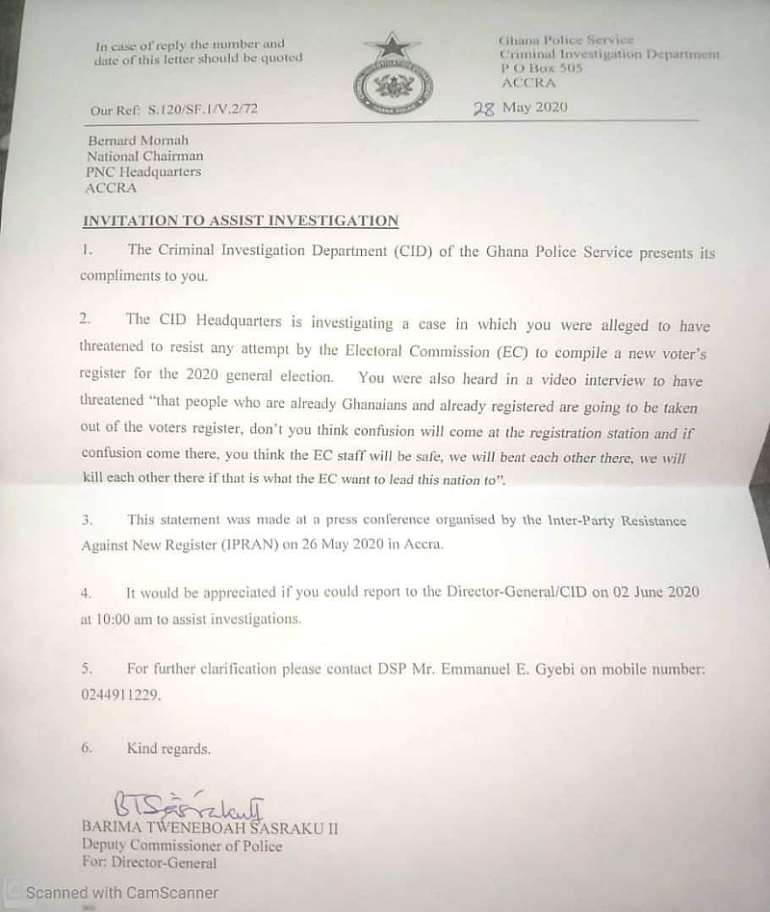 NDC Dominates Here, If Your Problems Are Not Being Solved, I...
24 minutes ago