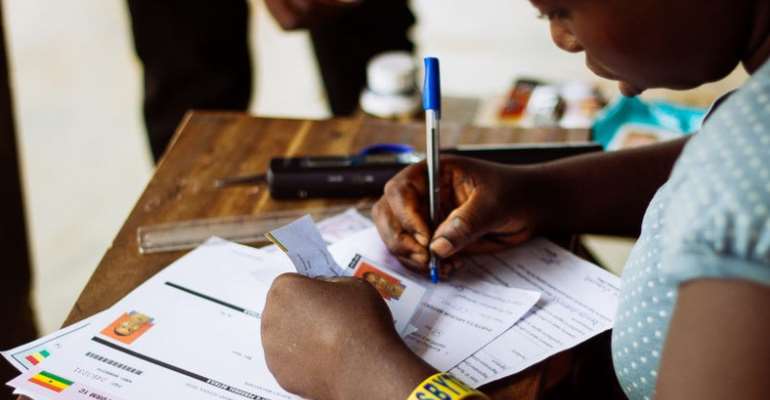 The Electoral Commission (EC) says it will be maintaining its cluster method for the upcoming voter registration exercise although the time spent in each cluster is expected to reduce.

Each registration team will work for six days in each phase within a cluster, a reduction from the initial 10 days outlined for the registration exercise which was postponed from April 18 because of the novel coronavirus pandemic.

The mop-up exercise has also reduced from five to three days.

The registration exercise will take place at all the 33,367 polling stations, which will serve as registration centres nationwide.

Outlining its plan for the exercise in a statement, which it says will start in the last week of June 2020, the Commission explained that the registration will be done simultaneously in all constituencies nationwide “with each cluster consisting of five registration centres.”

The registration period will have five phases with each Registration Team working for a period of six (6) days in each phase within the cluster.

There will be a day set aside, “to assemble and prepare the materials for the next phase,” according to the EC.

All eligible voters will be given instant voter ID cards when they register, except in cases where applications have been challenged.

There will be a pilot exercise at different locations in all 16 regions as well as at the national level at the EC's Head office in Accra, the commission noted.

“The exercise is aimed at identifying possible problems associated with the new system and find ways of mitigating them. It will also help to study and ascertain the environmental impact on the VMS in respect to the weather (wet, dry, heat, and rust) conditions amongst others,” it explained further.

For the postponed exercise, the EC had planned a 43-day registration period, with a five-day mopping up period to take care of any exigencies.

In line with the law, political parties are to informed of the exact date not later than 21 days before the start of the exercise after the Constitutional Instrument (C.I.) which is currently before Parliament matures.

The EC has already given an indication of the safety protocols it hopes to abide by if it begins the registration exercise for the compilation of a new electoral roll.

Queues are to have one-metre gaps between persons lining up to register, the scanners will be sanitised and persons who complete the registration process will also be provided with hand sanitiser before they leave the centre.