My Candid Letter Of Apology To Hannah Tetteh 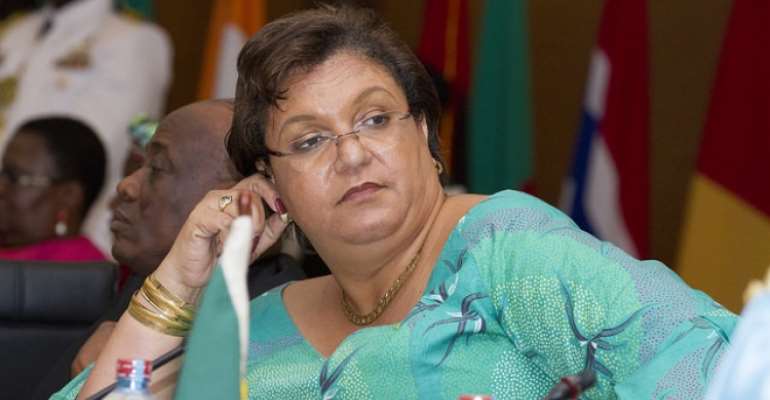 With deep sense of regret, remorse and repentance, I deem it necessary to publicly apologise to Ms. Hanna Tetteh, a tolerant politician and a kind-hearted mother, I denigrated just to score political points for a so called favourite candidate.

Somewhere in 2015 through to 2016, I employed the weapon of political propaganda to accuse Ms. Hannah Tetteh of so many things I should not have done if not for biased partisan stands.

Though my shameful accusations of this woman of integrity are erased from my Facebook wall, which is possibly hacked by the so called angel I sought to please against this clean woman, my conscience still pricks me. I don't need to refer to some of the unpalatable things I said about this better politician before people remember I indeed attacked the personality of Ms. Hanna Tetteh.

The mention of the name Bala Ali in connection with my work as a political communicator in 2016 in somebody's camp alone reminds people of how I abused this compassionate, tolerant, godly woman just because I wanted someone else to become a Member of Parliament instead of Ms. Hanna Tetteh.

Irrespective of all that I did against this revered mother, lawyer, politician and an accomplished stateswoman, she never did anything to hurt me physically, pschologically or emotionally. This explains the more reason why I am coerced by my revived and resurrected conscience to apologise to Ms. Hanna Tetteh for irresponsibly attacking her personality.

In order not to leave my readers in doubt, I also deem it expedient to tell the whole world the motivational factor behind my cultured decision to apologise to Mama Hanna Tetteh..

After the 2016 general elections in Ghana, Ms. Hanna Tetteh finally lost the elections because some of us sacrificed to the extent of doing what we should not have done. Typical example is my case of smartly working within law to irresponsibly attack this responsible politician just because I wanted her to lose the affection of the unsuspecting voters. This was done along side painting angelic picture of my favourite candidate.

Nevertheless, after the elections, disappointment slapped most of us in the face. In the wake of our disappointment, all the disappointed folks retreated to seek refuge in the castle of mummurings and bitter complaints but I chose to seek for justice.

At this point, I remembered how Ms. Hanna Tetteh tolerated me when I employed the weapon of political propaganda to persuasively accuse her of things she did with good intentions for our good people of Awutu Senya West. The tolerance of this experienced, tolerant politician deceived me to think that every politician appreciates the centrality of tolerance and constructive criticism in a democracy.

By virtue of this fact, I employed the democratic tool of constructive criticism to demand for transparency, popular participation, accountability and above all, fair distribution of the spoil, I mean jobs for the boys who sacrificed so much during the electoral battle. To my utter most shock, I was unjustifiably persecuted for standing for a worthy course. The very people I offended Ms. Hanna Tetteh for, vowed to make sure I suffer joblessness and other predicaments.

So many evil things were done against me but I said to myself that if I could do the wrong thing for the good of my persecutors, I must be prepared to stand for the right course despite the severity of my persecution. So I fearlessly fought for a good course to preserve a system for more experienced people to take over to manage.

It is by virtue of the persecution I suffered and continue to suffer in the hands of the very people I projected against this godly woman that has made me to see the need to apologise to Ms. Hanna Tetteh for my irresponsible, biased, partisan attacks on her. As observed by the Philosopher, Aristotle, that "without comparison the mind cannot proceed," I want to sincerely appeal to Ms. Hanna Tetteh to heartily forgive me for failing to do the right comparison before attacking her better character.

I would also want to use this opportunity to appeal to the youths to desist from that uncouth culture of soiling the names of politicians as we enter into an election season. On a more serious note, they should also not promote dubious and atrocious characters just because of partisan lines.

Finally, I want to also clearly state that since we do not know where we will find ourselves tomorrow, we must be cautious of our actions because I never knew I would become a civil servant, a profession that would prohibit me from partisan politics.

I can not conclude without blessing Ms. Hanna Tetteh and all her lovely siblings wherever they find themselves. God richly bless you and reward you for your tolerance and political maturity!