By Leo Ramirez, with AFP bureaus 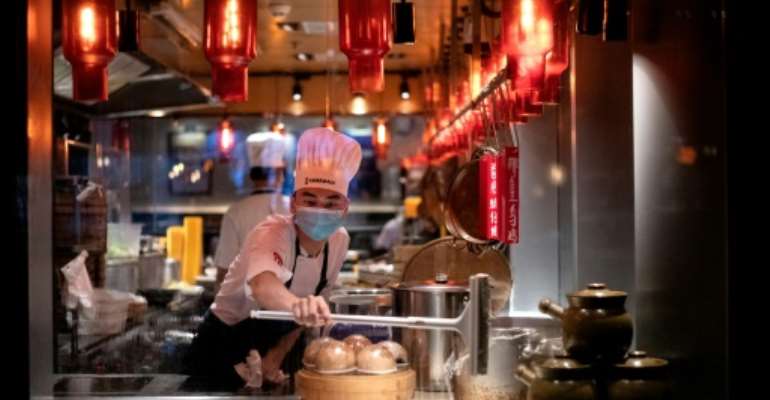 China's huge economy has been hammered by the coronavirus outbreak. By NOEL CELIS (AFP)

China warned Friday that its huge economy faces an immense challenge from the coronavirus, as the ongoing pandemic and national lockdowns caused massive job losses in the US and Latin America.

New coronavirus infections have begun to dip in much of the world, but the economic damage from the pandemic is only just beginning, and the disease is continuing its deadly march in Latin America and Russia. 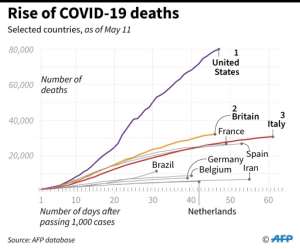 Governments are still struggling to balance measures to prevent the virus -- and head off a feared possible second wave of infections -- with moves to reopen their battered economies.

Britain confirmed Friday that it would impose a 14-day quarantine on international arrivals in addition to its ongoing social distancing rules, but US President Donald Trump is pressing to reopen his country's economy.

Russia meanwhile, reported its highest ever daily coronavirus death toll of 150, suggesting the novel coronavirus is not yet under control in the world's biggest country by area.

In the world's largest country by population, China, the news was also grim.

Premier Li Keqiang told the opening of the National People's Congress that, given the "great uncertainty" caused by the pandemic, Beijing will not set a growth target but "give priority to stabilising employment and ensuring living standards". 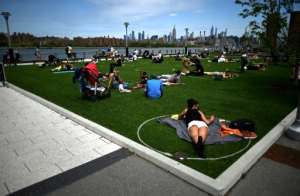 In Washington, Trump -- with an eye on his re-election prospects in November -- made it clear he hopes more US state governors will move towards a loosening of anti-virus restrictions.

The US leader also talked about reopening places of worship, something he had initially hoped would be done by Easter Sunday, saying it was important to the nation's healing.

Deaths are still mounting in the US, with the total surpassing 94,000, and Trump ordered flags at federal buildings be flown at half-mast for three days for the victims.

Across the Atlantic, much of Europe pressed on to get life rolling again, with Cyprus lifting curfews and allowing outdoor restaurants, barber shops and beaches to reopen.

But the Mediterranean island's airports and hotels remain closed. 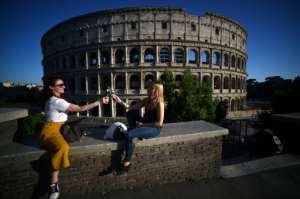 In hard-hit Italy, as in much of Europe, life is starting to creep back to normal. By Filippo MONTEFORTE (AFP)

"I want my work back and my life back," said Sakis Siakopoulos, a restaurant owner in the capital Nicosia.

In Denmark, the exit from lockdown also picked up pace as museums and zoos began reopening and health officials said the spread of the virus was slowing.

France, one of the countries hit hardest by the outbreak, saw its daily death toll dip to 83, providing a shred of optimism.

But on the economic front, forecasts remained dire.

A closely watched survey by IHS Markit indicated the eurozone economy has now "likely bottomed out", sparking hope that a recovery is to follow.

While many European countries have significantly curbed the contagion, Latin America is becoming a new hotspot with cases on the rise. 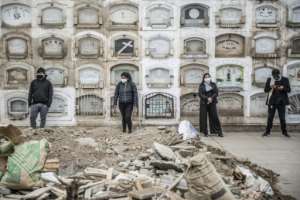 Peru is among several Latin America countries gripped by the outbreak. By ERNESTO BENAVIDES (AFP)

The economic crisis caused by the pandemic has left an extra 11.5 million people unemployed in Latin America, the United Nations and the International Labour Organization said Thursday.

The new estimate from would mean a total of 37.7 million people in the region are now unemployed.

The death toll worldwide has now surpassed 330,000, according to an AFP tally based on official sources.

More than five million infections have been recorded globally.

Governments around the world are testing ways to live long-term with the threat of the virus amid fears of a second wave of infections.

Already a common sight in Spain, masks were officially made mandatory this week for anyone over the age of six in public places where social distancing is not possible.

"The more tools we use, the better," said Miguel Domingo, a 49-year-old architect taking his two dogs for a walk in Madrid, which is emerging from one of the world's toughest lockdowns.