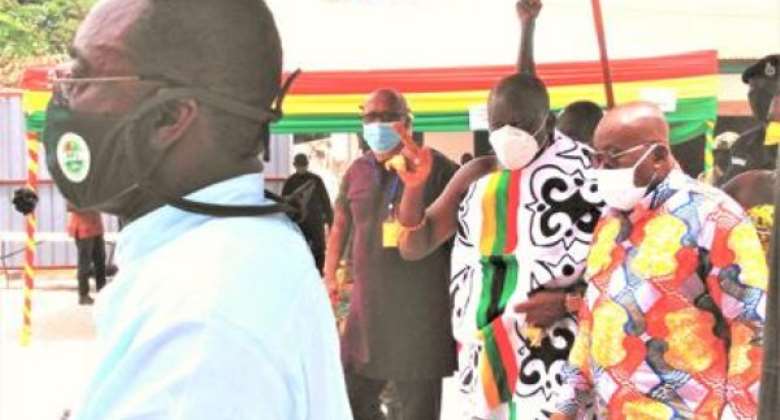 “One of the critical challenges confronting Teaching Hospitals in the country has to do with the unavailability of land for future expansion,” President Akufo-Addo noted.

The government, consequently, had tasked the Health and Defence Ministries to hasten ongoing discussions between the Asantehene and the Board of Directors, KATH, for the possible release of the military land, and also relocate the barracks.

President Nana Akufo-Addo, who was addressing a ground-breaking ceremony in Kumasi, to reactivate works on the KATH Maternity and children's Block, said the authorities should put in more effort to ensure the conclusion and implementation of the ongoing discussions.

They have to strive to finalize all outstanding issues regarding the release of the adjoining military land, as well as the relocation of the barracks adjacent to the Hospital.

KATH, which is currently sited on a total landmass of 35, 000 square metres, is considered to have the least land size amongst the Teaching Hospitals in the country.

“We lack the requisite land resources for pending projects such as Cardiovascular Centre, Renal Transplant Centre, Infectious Diseases Centre and a Central Laboratory and Diagnostic Centre, amongst others,” he stated.

The hospital records on the average 1, 450 Out-Patient-Department attendances per day, with a staff strength of 4, 430.

The Maternity and Children's Block, whose initial sod-cutting was done in 1976, had been abandoned all these years due to the unavailability of the needed funds to complete the 800-bed facility.

In 2004, under the government of former President John Agyekum Kufour, the project was redesigned and expanded after a piece of the adjoining military land was released, following the intervention of the Asantehene.

The three-year project, being executed by Messrs. Contracta Construction (UK) Limited, is expected to revolutionize maternal and paediatric care when completed.

The others are pharmacy, breastfeeding centre and other specialist facilities.