Between The Devil And The Deep Blue Sea 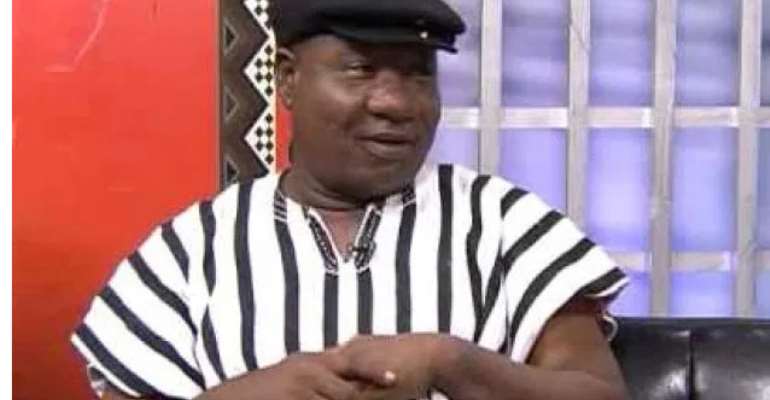 “Better to remain silent and be thought a fool than to speak out and remove all doubt.” - Abraham Lincoln
“My opinions may have changed, but not the fact that I'm right.” - Ashleigh Brilliant

BERNARD ALLOTEY-JACOBS appears like 'The Invisible Man', the hero in the play with the sane title by H. G. Wells in which Griffin changes from his younger inexperienced self to his older disillusioned one. As an 'educated fisherman', he will understand the 'devil'. The 'deep blue sea' is that mass of water some of which washes and laps the shores of Cape Coast in the Central Region where he was chairman of the NDC. He may be in difficulty; in a quandary; in a dilemma: in two situations both of which are bad, unpleasant, inconvenient and dangerous. Macbeth said, “…I am in blood Stepped in so far that, should I wade more, Returning were as tedious as go o'er.”

For us, landlubbers, we would adopt Homer's Odyssey and use the phrase: “…caught between Scylla (a six-headed monster) and Charybdis (a whirlpool); or rather, simply “between a rock and a hard place.” We, like Marcus Antonius: have our hearts “… in the coffin there with Caesar”. He used to be on Peace FM's Wednesday political panel on Kookrokoo usually with Kweku Baako and Kwamena Duncan. The Fante trio as they themselves referred to themselves poked fun at each other and made the programme not only educative and informative but also entertaining. You could not easily judge which of the three best interlaced his presentations with the best blarney or parody.

Allotey's charge? “Consistent anti-party conduct”. The NDC National Chairman, Samuel Ofosu Ampofo, signed the suspension letter. Allotey-Jacobs has not been enthused about Sammy Gyamfi's disrespectful attitude towards him: “… That small boy sitting there… Look, the time has even come for me to deal with him.” In another diatribe, he stated, “The same NDC communication team has destroyed my image. We have friends in the NPP and we know people who are eating from the hands of the NPP and they will come on radio and be speaking rubbish to look as if they are defending NDC… if people think that I'll come and sit on radio and insult Nana Akufo-Addo, I won't do it.”

Allotey-Jacobs insists that he cherishes the truth, because truth stands (verum superposuit basibus) and truth conquers (veritas vincit). John Donne in 'The Hill of Truth' notes, “On a huge hill, cragged and steep, Truth Stands, and hee that will Reach her, about must and about must goe, And what the hill's suddenness resists, win so.”

Truth is simply the real facts about a situation, event or person. All the sages have focused on “relative truth”: it is “my truth, your truth, and the truth”. A Deputy Minister of Information in the Mills's NDC administration is alleged to have told the staff of the Information Services Department, “Yours is to make government look good, whatever the circumstance, if the government buys a sheep and gives it as a gift, you are free to say it is a cow… if the colour of the sheep is black, you can say it was a white colourful cow… if you take negative public issue, you give to us secretly. If we hear you have leaked it to the public we will fire you…” that is propaganda which means “information, especially of a biased or misleading nature, used to promote a political cause or point of view.”

Harold Laswell defines propaganda as: “The expression of opinions or actions carried out deliberately by individuals or groups with a view to influencing the opinions or actions of other individuals or groups for predetermined ends…” It has a pejorative connotation. And NDC had the office of Propaganda Secretary until the Ken Dzirasah Constitutional Review group recommended the changing of the title to Communication Officer in December 2014.

Ama Benyiwa Doe has heaved praises on the executive for suspending Allotey Jacobs for “exhibiting anti-NDC tendencies since the party went into opposition… a political prostitute who jumps from party to party to get his bread buttered”. Typical of the “educated fisherman”, he has fired salvos, and dished out vitriolic attacks on her. Claiming his hatred stems from his association with the deceased President John Atta Mills, he described Benyiwa-Doe as 'senile'. At Peace FM last week, Allotey was defending himself vehemently: “Kwame, let me issue a disclaimer. Last week when I came here, did I talk about a green book? I only said if President Akufo-Addo says he will build 88 district hospitals, it will be premature for my party to criticise him. They should wait. This is communist inferior tactics, if you ask Kwaku,… the likes of us used to attend advanced training school to study propaganda, I'm a master propagandist and an organiser.”

Meanwhile, in a “political hara-kiri”, the NDC has decided to boycott Peace FM's Kookrokoo. “Harakiri” or “seppuku” is the ceremonial suicide done by ripping open the abdomen with a dagger practised in Japan by members of the warrior class when disgraced or sentenced to death. 'Hara' is 'abdomen'; 'kiri' is 'cut' in Japanese. It is that party's prerogative to boycott the programme; but do the NDC have to cut their nose to spite their face? Is it not a rash, impetuous self-destructive over-reaction to a non-explainable action? If you find us switching off our radio when some acid-mouthed brats are on air, it may be to cool our temperatures. The founder of NDC, J.J. Rawlings, said to the NDC cadres in Kumasi in September 2019, “There are some NDC members who can really insult. Those people, with mouths like acid, can insult you proper… The ruling NPP also insults as it is with every human institution, but the NPP doesn't waste too much time on insults as the NDC does…”

Those anxious for an “equalisation” will resurrect the hiccup that culminated in the suspension of Paul Afoko, Kwabena Agyapong, and Sammy Crabbe, the NPP National Chairman, Vice Chairman and General Secretary respectively, in December 2015. Paul Afoko rejected the reasons for his suspension and then sued the party. At the Accra High Court, the Afoko's case was dismissed. Justice Anthony Yeboah noted that the suspension was just, lawful and fair. Afoko accepted the judgement, but “disagreed” with same. Kwabena Agyapong says, “I miss serving my country… I still love my party. I contributed a lot in 2016,… I have never been removed from the NPP… I was suspended as general secretary of the party, that tenure is over so the suspension is gone,… I am traumatised at how we have allowed political discourse to degenerate. We think that when we sit on television and radio and insult and be very venomous and disrespectful that makes you a politician… I am too young to leave politics… President Akufo0Addo and I were friends before politics… he (President Akufo-Addo) has been like a 'senior' brother to me, … our relationship is intact.”

John Donne said in “Devotions Upon Emergent Occasion, Meditation XVII: “… No man is an island, entire of itself; every man is a piece of the continent… any man's death diminishes me, because I am involved in mankind, and therefore never send to know for whom the bell tolls; it tolls for thee.”