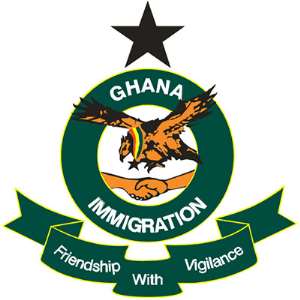 THE BONO Regional Command of the Ghana Immigration Office (GIS) has denied allegations that its officers stationed in Nkrankwanta take bribes from foreigners and allow them entry into the country in spite of the travel ban directive by government due to the Covid-19 pandemic.

The residents are particularly calling out on the GIS Superintendent at the border post located at the village for extorting money from travellers who are foreigners.

Information available indicates that anytime foreigners were intercepted the Superintendent would ask officers to transport them on commercial vehicles to their post called 'Beer Bar'. He would then allegedly take bribes from them before releasing them in breach of the travel ban protocol.

Junior officers had accused the border post commander of 'hijacking' the only vehicle allocated for patrol duties and would not allow the vehicle to be used to send them to their duty posts. Besides, he has also been accused of deducting GH¢350 from the allowances of each of the officers.

However, speaking to DAILY GUIDE on the allegation, the Bono Regional Commander of the GIS, Assistant Commissioner Charles Yaw Bediako, said the information had come to his notice, but the issue was being investigated.

He said “though I would not hold brief for the officer, it could either be true or false; we are investigating the matter.”

He, however, explained that usually immigrants who were intercepted and returned would be asked to pay for commercial vehicles that the GIS would arrange as part of the repatriation process.

Among them 225 were Ivorians, 498 Togolese and 234 Burkinabe, including other nationals from the sub-region, such as Nigerians and Nigeriens.