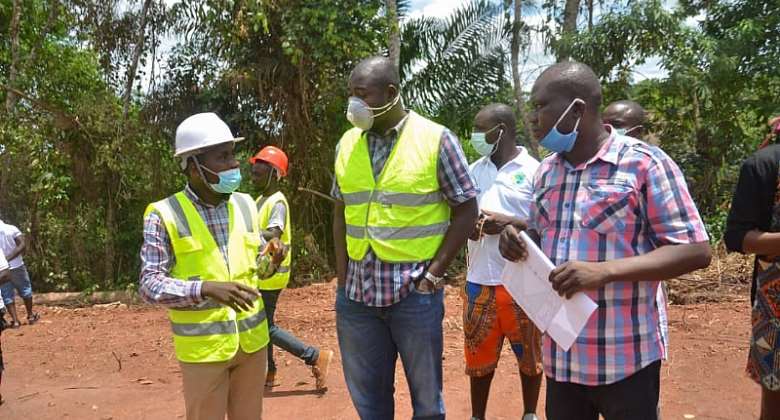 The District Chief Executive for Ellembelle, Kwasi Bonzoh, has indicated that his district is benefitting from massive road projects across the length and breadth of the area, under the ‘year of roads’ declaration by government in this year’s budget.

To this end, a total of 198 kilometers of roads are being constructed to facilitate the transportation of goods and services, boost economic activities and also open up the district to the rest of the country.

The DCE said in an interview after inspecting progress of work on some of the road projects that the 6.5 kilometers of asphalt Esiama-Nkroful-Anwai road, which is being funded by the GNPC is expected to be complete and commissioned by the end of July this year.

He revealed that over 20 kilometers of roads have also been captured under the critical roads infrastructure project while the rest are receiving funding from the by Ghana Cocoa Board, Ghana Highway Authority, Ghana Gas, GNPC and the Department of Feeder Roads

Mr Kwasi Bonzoh was emphatic that the erstwhile NDC government led by John Mahama could not construct even one kilometer of road in the entire district, leaving the road network in the area to deteriorate.