The poetic power of Idir, the artist who took Algerian music to the world

By Hugo Hadji - The Conversation
Article 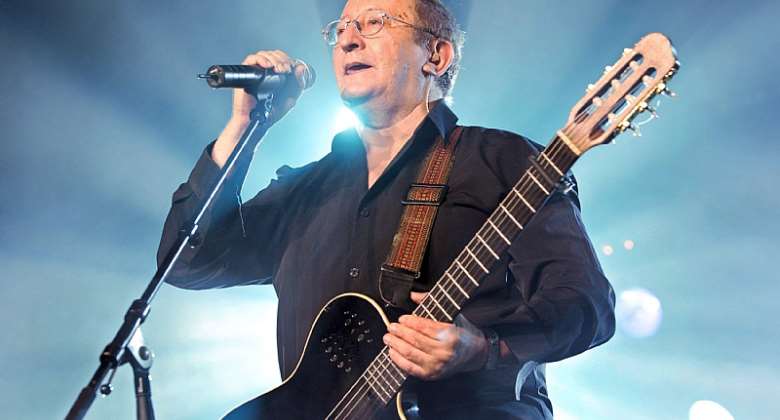 The death of Algerian icon Idir has brought an important chapter of Algerian music to a close. Through his brilliant career, Idir modernised and promoted the richness of Kabyle melodies and poetry, popularised North African culture, and advocated for unity and tolerance both in Algeria and in France.

Looking at Idir's life in music is looking into Algeria's relationship with its history and identity, but also questioning what it means to be exiled in a new country, France, and to be a citizen of the world.

Hamid Cheriet, better known as Idir, was born in 1949 and grew up during the Algerian War of Independence in Aït Yenni, a small village bordering the Djurdjura mountain range of Kabylia. It is within this setting that Idir developed a deep understanding of the rich oral traditions of his own Kabyle culture, a branch of Amazigh (Berber) culture.

Through his mother and grandmother's roles as hosts of vigils within their local community, where local poetry and tales were recited, Idir came to learn the power of words from a young age.

Initially he did not pursue a career in music. But his life took a turn in 1973 when he was called on at a moment's notice to replace the Kabyle singer Nouara at Radio Algiers. It led to his recording Rsed A Yidess (May Sleep Come) and A Vava Inouva (My Dad). A Vava Inouva would soon become his most iconic work as well as one of the first North African songs to gain international recognition.

In 1976, after completing his military service and moving to Paris, at the request of the French label Pathe-Marconi, he produced his first album , named after his hit A Vava Inouva. This marked the beginning of a long and fruitful career in music. Idir and his daughter Tanina Cheriet perform in Paris in 2013. David Wolff/Patrick/WireImage

Shortly after gaining independence from the French, the new Algerian government began a steady-paced process of arabisation throughout the country. This involved promoting Arabic as the national language. This denied much of the country's rich linguistic and cultural diversity. This was particularly true among the Amazigh factions of the population, who accounted for a third of the total.

These repressive government policies resulted in mass political protest throughout Kabylia in 1980, a period known as the Berber Spring , later followed by the Black Spring in 2001. These two periods of social unrest were violently repressed by the Algerian government.

It is these repressive policies that Idir, a fierce defendant of his Kabyle heritage, dedicated much of his life to fighting. He did this through his unapologetically Kabyle music and his role as an advocate for Kabyle culture.

Some artists, such as the late Matoub Lounes – another great figure of Kabyle music – were outwardly critical of the government in their lyrical content. Idir's lyrics bore their power in their poetic depictions of Kabyle social life and culture.

The songs A Vava Inouva and Zwit Rwit (Shake It Move It), both on his debut album and the cornerstones of his career, are good examples of this. The first is a melancholic ballad, portraying the atmosphere of the vigils which he attended in his childhood. The second is an exhilarating dancing piece that conveys the upbeat mood of a wedding.

This album, followed by Ayarrach Negh (For Our Children) in 1979, bears the musical mark of Idir's sound. It is a savant blend of traditional instruments: the shepherd flute which he learned to play as a child, the bendir (a frame drum), the tambourine, and darbuka (a goblet-shaped drum) accompanied by the guitar, bass, and drums.

Filled with a feeling of melancholia and nostalgia as an exile in France, his songs convey his deep yearning for home and touch upon universal themes. It is in their universal essence, bearing collective memories and histories, that his songs retain their power.

After a decade-long break from show business, Idir returned to centre stage in 1991 with a compilation release, followed by the release of his third album two years later. In 1993's Les chasseurs de Lumières (Light Hunters) Idir addresses his favourite themes: exile, liberty and love. It came at a time of serious political upheaval with Algeria experiencing a violent and bloody civil war between the military government and Islamist groups.

Though Idir remained true to his specifically Kabyle heritage, he maintained a strong sense of Algerian pride through which he sought fraternity, democracy, and secularism, in those times of trouble and uncertainty. As such, he appeared in a collaboration with the renowned Raï singer Cheb Khaled , in 1995, for a concert in Paris promoting peace, liberty, and tolerance, amongst a Berber and Algerian Arabic speaking audience.

A long-time advocate for unity, Idir continued to promote peace and a sense of togetherness with the release of his album Identités (Identities) in 1999. This included collaborations with a wide variety of artists from different backgrounds: French, North African, Malian, and Ugandan. A Vava Inouva in concert in Algiers in 2018.

In an attempt to bridge the two shores of the Mediterranean Sea, Identités also featured a moving duo with Franco-Spanish musician and producer Manu Chao called A Tulawin (Une Algérienne Debout) (A Standing Algerian), a powerful message of hope for a country ravaged by civil war. The album also linked Kabylia with Celtic folk music, in which he performed with Scottish singer Karen Matheson and the Breton guitarist Gilles Servat, in innovative collaborations.

The album encapsulated a vision of a multicultural and multicoloured France, one which he would later reassert in his 2007 album La France des Couleurs (France of Colours).

In his two last albums, Adrar Inu (My Mountain) and Ici et Ailleurs (Here and There), released in 2013 and 2017, Idir offered a more intimate picture of his music, going back to the source of his inspiration, his natal Kabylia, with reinterpretations of some of the classics of the French popular music repertoire, such as La Boheme (Bohemia) with the late Charles Aznavour. In 2018, for the first time in 38 years, Idir appeared on stage in Algiers for a concert celebrating the Berber New Year. Two years later he proudly talked in interviews of the current peaceful protests in Algeria.

Idir produced only a handful of studio albums. Nevertheless his contribution to the world of music and culture was immense. He will be remembered for promoting his Kabyle heritage to the world, thus contributing to its sustainability against cultural erasure, for seeking a peaceful, democratic, secular, and united Algeria, and for his vision of tolerance and integration in France. All artfully – and subtly – done through his music.

Hugo Hadji does not work for, consult, own shares in or receive funding from any company or organisation that would benefit from this article, and has disclosed no relevant affiliations beyond their academic appointment.