How coronavirus is changing daily life in Nairobi 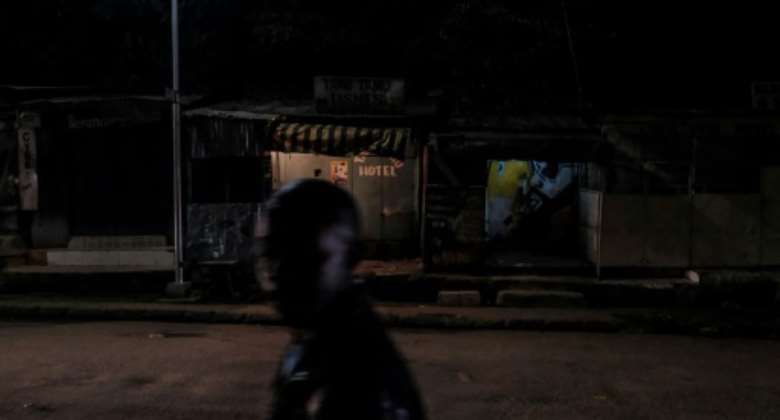 The coronavirus pandemic has exacerbated social inequalities and battered the economy of regional powerhouse Kenya. By Kabir Dhanji (AFP)

Since Kenya confirmed its first coronavirus case on March 13, authorities have adopted various measures to curb the spread of the virus while stopping short of imposing a full lockdown.

AFP spent a day this week exploring how the measures are impacting the capital Nairobi and its 4.3 million inhabitants, as the health crisis exacerbates social inequalities and batters the economy of the regional powerhouse.

The sun has just risen and morning mist envelops a valley on the outskirts of Nairobi. On this road heading north towards the Rift Valley region armed police monitor vehicles and pedestrians.

"The only people who can go through are the ones with the authorisation: the lorries carrying food, doctors, etc," explains police inspector Julius Kariuki Mugo.

An armed police officer monitors vehicles and pedestrians on the outskirts of Nairobi. By Kabir Dhanji (AFP)

Edward, a 25-year-old driver, shows a stamped pass from his boss that enables him to continue on his route to deliver flour to a town 75 kilometres (45 miles) northwest.

Since April 6 Kenya has blocked movement in and out of Nairobi, three coastal towns, and the northeastern county of Mandera. Two refugee camps have also been cordoned off, as well as one suburb in Nairobi and one in Mombasa.

After initially creeping up slowly, virus cases this week began to jump, with authorities fearing rampant community transmission in slums and poor areas of the capital and second city Mombasa.

There have been 582 cases and 26 deaths, and Health Minister Mutahi Kagwe has urged citizens not to make a "mockery" of two months of efforts as social distancing fatigue sets in.

In a store that sells bicycle spare parts, brothers N. Shah and S. Shah, both in their fifties, are feeling the impact of the pandemic on the economy.

In a store that sells bicycle spare parts, the Shah brothers are feeling the impact of the pandemic on the economy. By Kabir Dhanji (AFP)

Their neighbour, A.J. Shah, does not know how he will pay his rent and the salaries of his four employees with business at "around 15 percent" of its normal level.

His shop sells food and cleaning products to hotels and restaurants. Even if hotels reopen, it is unclear who would actually stay in them.

"The crisis is hitting everywhere," he says. "Who is going to come to visit the wildlife?"

Since mid-March, Kenyan authorities have closed schools and encouraged working from home, which many have taken up.

But it does not make sense for everyone.

"For us, working from home is not an option," says Victoria Choi, who runs a physiotherapy practice. By Kabir Dhanji (AFP)

"For us, working from home is not an option," says Victoria Choi, who runs a physiotherapy practice in the Westlands neighbourhood with her husband Bernard.

Only one client is allowed in the office at a time, and all must use hand sanitiser and wear masks.

Like many parents, Bernard and Victoria have rearranged their schedules to take care of their two youngest children -- girls aged 15 and nine.

Their social lives have also taken a hit.

"I miss going out with the boys," Bernard says, adding that "having a beer alone in the house in front of the television" is not exactly a substitute.

An institution in Nairobi, the Java chain of restaurants has continued operating, albeit at a much reduced pace.

"We've been affected a lot since we're only doing takeaways" and home deliveries, explains Pamella Gavala, deputy manager of this franchise.

Java, with 2,500 employees in total and 50 restaurants in Nairobi alone, plans to reopen gradually after the government last week approved a supervised resumption of restaurant activity.

To comply with the new rules, employees must be tested for COVID-19 and customers must undergo temperature screening.

Once inside, no more than two people can sit at tables which have been spaced out to allow for physical distancing.

Grocery stores, one of the few sectors still booming during the pandemic, have also had to make changes.

Shoppers at the Foodplus store in the Kilimani neighbourhood. By Kabir Dhanji (AFP)

Masks are required, thermal screening takes place at the entrance and shopping carts are regularly wiped down with disinfectant.

At the registers, markers on the ground indicate where customers must stand to keep an appropriate distance.

"They're more than cooperative," Daniel Mutuku, the manager of the Foodplus store in the Kilimani neighbourhood said of customers.

The 7:00 pm to 5:00 am curfew imposed since March 25 has brought Nairobi's nightlife to a standstill.

The restaurant is currently relying on a limited takeaway business and hoping for better days for its 14 employees, most of whom are taking unpaid leave.

Fregoni, an eternal optimist, says the quiet period has given him "time to rethink the menu".

This settlement in the heart of Nairobi, home to hundreds of thousands of Kenyans and often billed as the largest slum in Africa, continues to buzz with activity.

Cans of soap and water have been set up in front of stalls and masks are common, though some wear them around their chins.

A handful of cases of the virus have cropped up here and in other slums in the capital, sparking fears of a massive outbreak in the crowded settlements where social distancing is near impossible.

The Kibera settlement is home to hundreds of thousands of Kenyans and often billed as the largest slum in Africa. By Kabir Dhanji (AFP)

It is residents of such areas who have been hardest hit by the economic slump the virus has caused.

George Juma, a 39-year-old electrician, has not had work in a month.

"Everybody is afraid of the disease so they don't want to bring you in their home," he says.

Juma managed to convince his landlord to let him pay rent "when it's over". In the meantime, his family of four is scraping by thanks to a food donation from a NGO and the benevolence of vendors who sell to him on credit.

A woman walks home through empty streets after the 7:00 pm curfew having closed her stall late in Kibera. By Kabir Dhanji (AFP)

As curfew approaches, a police helicopter shines its spotlight on Kibera.

With the curfew in place, his earnings have been cut "around 25 percent".

Lilian sweeps the streets of the capital. By Kabir Dhanji (AFP)

The city centre is deserted. At the headquarters of the Nation Media Group, a sign broadcasts prevention messages: "Stay home", "Wash hands".

Lilian, one of the few people around to actually see the sign, sweeps the streets of the capital.

She will finish at midnight, then sleep for a few hours in a shelter before curfew lifts at 5:00 am so she can take a share-taxi home.