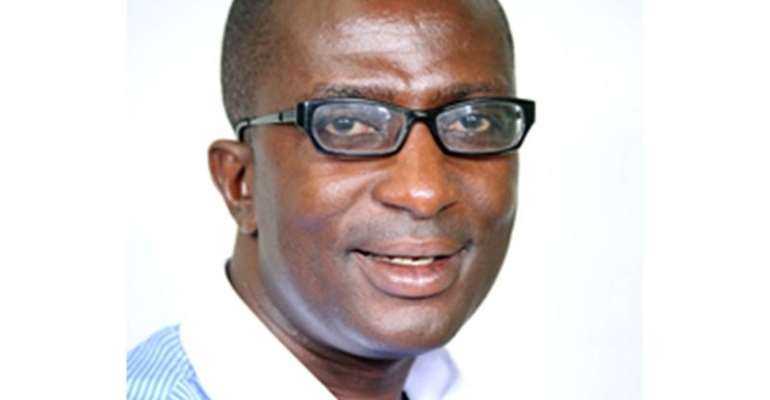 The elected Independent Member of Parliament (MP) in the Fomena Constituency in the Central Region, Hon. Andrew Amoako Asiamah has officially written to Parliament declaring his intention to join the New Patriotic Party (NPP) Caucus.

The MP was sacked by the NPP as lawmaker of Fomena Constituency prior to the 2020 General Election after a falling out with the party.

Having won the 2020 general elections as an Independent Candidate, Andrew Amoako Asiamah madenit to Parliament again to the shock of the ruling government.

The Fomena MP who continues to pledge his allegiance to the elephant party has written officially to Parliament to note that he will be doing business with the NPP.

“I, Andrew Asiamah Amoako, an Independent Member of parliament of Fomena Constituency and now the 2nd deputy speaker for same parliament do hereby declare that I shall for purpose of transacting business in the house associate with the NPP Caucus in the Eight Parliament,” he said in a letter to parliament dated January 13, 2021.

The letter concludes, “For the avoidance of doubt, I hereby affirm that I shall cooperate and collaborate with the NPP Caucus in the Eight Parliament.”

With the latest development, the NPP looks set to have the majority in Parliament after tying with the NDC [137 each] at the end of the December 7 polls.

Below is the letter from Hon. Andrew Amoako Asiamah to parliament: 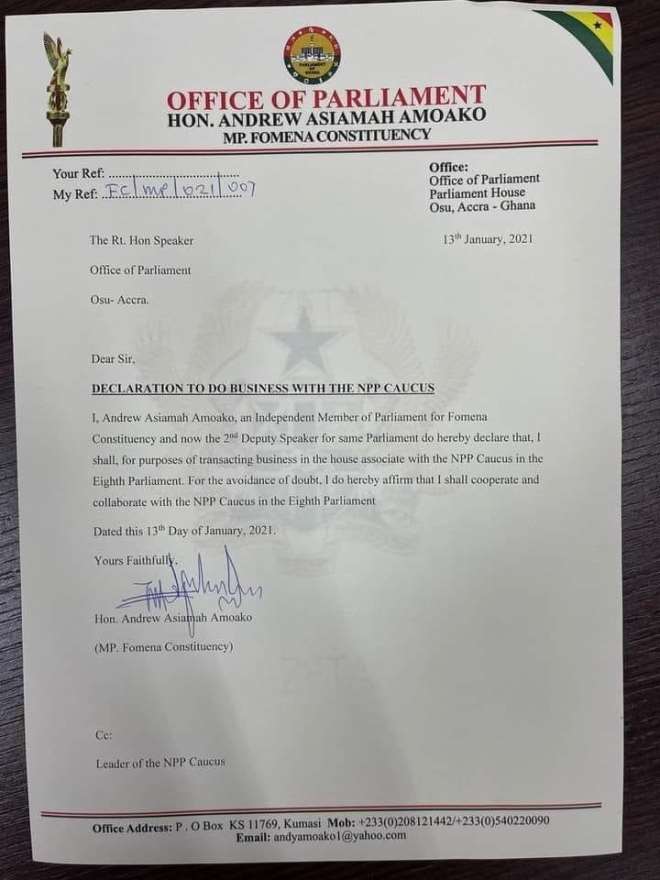