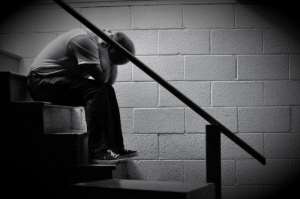 The heading above literally translates from Latin into “whether or not you invite God, He is present”.

I write below on the principle inherent in this quote; except that I replace ‘God’ with the ‘emotions of men’.

Hence, the quote for the purpose of this submission would read “acknowledged or not, MEN TOO HAVE EMOTIONS’!

Our favorite ‘Sweet mother’ song, mother’s day celebration etc. are all dear moments filled with aww memories for most of us (gender irrespective). A well-deserved honor indeed!

But are we missing out on something? Are we overindulging? Well, shall we proceed to examine a little further the concept I wish to carry across: that is, “MEN TOO HAVE EMOTIONS”!

Christmas is one such season to speak the truth in love.

Today, above everything else I write to remind us all that ‘our SOLDIERIC-TOUGH-HARDENED-GADDAFI TYPE men too got emotions’.

Indeed, as a man (a young-old NativeDr though), I have grown to realize that NO ONE ELSE SABOTAGES THE EMOTIONAL MAKE UP OF MEN THAN THE MEN THEMSELVES.

In some way, a critic may be spot on to blame the system of acculturation in our societies. Such systems which fight hard to present ‘men as hardened creatures or even reprobate creatures who at all given times ought to be kept in check etc’.

Men, having been as ‘gentle and sacrificial as ever’ selflessly allowed these notions to go either unchallenged and/ or largely validated. Men barely speak of the emotions which more often than not circumvents their lives and aspiration.

And yet, most of our men barely speak up; and even when they do, THEY ARE SHYIOUSLY SENT BACK INTO THEIR PROVERBIAL TOUGHNESS SHELL WITH HARSH AND UNGUAREDED COMMENTS.

Dear parent, do you realize that your ‘boy’ has distinct interests with emotional attachments to those interests?

Dear Girlfriend, I can appreciate your passion for your dearie; BUT, do you well understand your ‘sweethearts’ silence? Withdrawal? Anxiety? Tears? Voice tone? Body language?

Dear Wife, do you see through your ‘hubbys’ cover-up techniques in order to hide deep-seated emotions? Are you able to unravel the mystery behind his emotional outbursts?

Dear Female ‘Boss’, do you appreciate the distinction between a male and female employee? Do you strive to relate in relative terms or do you do lump-sum techniques?

Furthermore, the situation premising the silence of men could be buried in such underpinning cliché statements such as ‘MberimaEnsu’ amongst many others.

Literally ‘MberimaEnsu’ translates as "by the natural disposition of men, and by reason of toughness, men are not supposed to cry’. The figurative translation could also imply thus: " by the nature of man’s make-up, it is absolutely UNDESIRABLE for men to exhibit certain characteristics associated with weakness and feebleness- where crying is associated with weakness".

While the issue of ‘hardness and toughness’ of men in general cannot be disputed, the extent of the concepts' overly stretched meaning has become a stab in the hearts of the same creatures.

Friends, I like you to appreciate the beautiful truth thus: ‘Men suffer emotions just like anybody else’!

Another formidable reason for the extensive penetration of the concept of men being generally ‘detached from emotional stuff’ could be on the social construct of ‘female’.

I overheard a lady complain at one corner of the street the last time against the gentleman she had gone to ‘spy’ a movie with; she exclaimed “ wu y3 mbaas3m dodo”!

WHAT!!!!
I was immediately attracted to the conversation and decided to eaves-drop; few seconds later, I got the whole ‘filla’ justifying the ladies conclusion.

And what was it?
The lady passionately explained how the gentleman burst into tears of joy/ excitement while enjoying some scenes of movie!

Ahhhh...!!!!!!!!!
Was that all? I thought!
And in any case, when did it became legislated that only the female sex reacts to scenes in movies (if even that was the case at all). Hmm…hmm...hmm...

Ladies, give men a chance and indeed, encourage the men around you to reveal the depths of their emotional lives. This point cannot be overemphasized (whether male child, young man and/or adult male)!

Since by principle, emotions seem to engineer our daily lives than any other single factor, it is imperative for us all to take the emotional worlds of each other pretty serious(especially of our MEN); whose emotional lives seem to have been relegated to the background for decades un-end.

And if you think I lie, try these few tricks (check your male friend’s emotional smoothness levels) by seeking more spontaneous activities with the male gender! Other great examples include: unplanned photo shoots; rotate roles often with males you work/ live with; assign some more human relations related responsibilities to males you encounter; create space to entertain emotional talks which are constructive but not CONSTRICTED with partner etc. etc.

Men have EMOTIONS, women do same.
Women have INTELLECT, men do same.
But to some extent, each of the two sexes has comparative advantage on one as compared to the other. Hence, truly successful relations/ friendships do a more complementary work than a competitive assignment. Seek to help the upcoming generation male kids you know develop a healthy, matured, refined and progressive emotional make-up framework.

It’s my firm believe that with such a goal achieved, family life and societies would take a totally different turn.

In summary, by common knowledge we all conventionally agree when ‘mbaakassa’ OR ‘ladies talk/ complain’ especially when hurt/ angered/ offended etc.; my question to us all is:

"... when men suffer the same emotions of hurt/ disappointment/ anger, what should the reaction be"?

NB: Remember that not a few ‘males’ are languishing in jails and under court sentences for merely EXPRESSING AN EMOTION.

My heart goes out to each man I know – the world over!

The mathematical equation summary of healthy and effective relationship could resemble something like this:

(Inspiration taken from Beyoncé song 'If I were a boy').

#Let’s be content with who we are, maximize who we are and give off the best of ourselves/ gifts to our world.