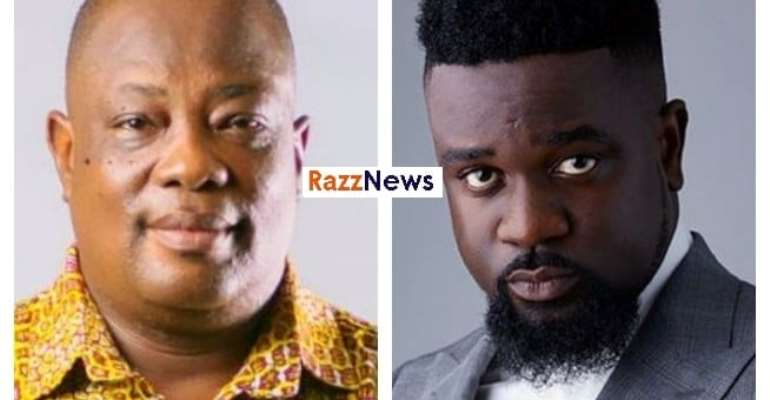 The debate as to who is the current best Ghanaian rapper between the likes of E.L, Medikal, Flowking Stone, Pappy Kojo, Eno Barony, Edem, Kwaw Kese, and Sarkodie has generated huge controversy within the public domain.

However, speaking in an exclusive interview with Sandra Of RazzNews, legendary Zapp Mallet, per his vast experience named Sarkodie as the current best Ghanaian rapper.

Known in real life as Michael Owusu Addo, Sarkodie, who is well known for the hit song 'Adonai" featuring Castro-- is perceived not to be lyrically redoubtable by most music enthusiasts.

But explaining the reason for naming the BET award-winner as the best rapper, Zapp Mallet said,

" Sarkodie has always been a rapper I admire. People keep saying he keeps saying the same thing; the point is, I don't even listen to his lyrical content but I listen to his delivery, his flow, his voice, the way he sits on and rides the beat that's what kills me".

The legendary Sound engineer, who has produced over hundred (100) hit songs explained extensively that:

"It's not about the lyrical content so I don't particularly follow what he is saying; whether he is bragging or not I don't normally notice or pay attention to that but his flow, his voice, how he works on the dynamics of his tones and his style of rap that is what I admire".

Hottest Photo Reports
Catch up with all the political quotes from our politicians.
Advertise here
More Hiplife News
ModernGhana Links
'Many Ghanaian Artistes Don`t Want To Pay For A Better Sound Quality' - DDT
We've Taking Over and Don't Need Anyone's Validation - Phrimpong speaks about Kumerica
Speeding to the world: Agona Swedru Boys Give New Hope to Drill on The New Chapter Project
‘I'll be the first to bring Grammy award to Ghana’ — AY Poyoo
D-Black’s ‘Loyalty’ to the game unmatched as Loyalty album drops
I'm the father of Hiplife — Rockstone speaks up
Indie rap act IceWhiz says work hard and honestly to get there
Video: I Don’t Know Who Fameye Is – Bra Desmond
Kelvynboy eulogizes Stonebwoy
TOP STORIES