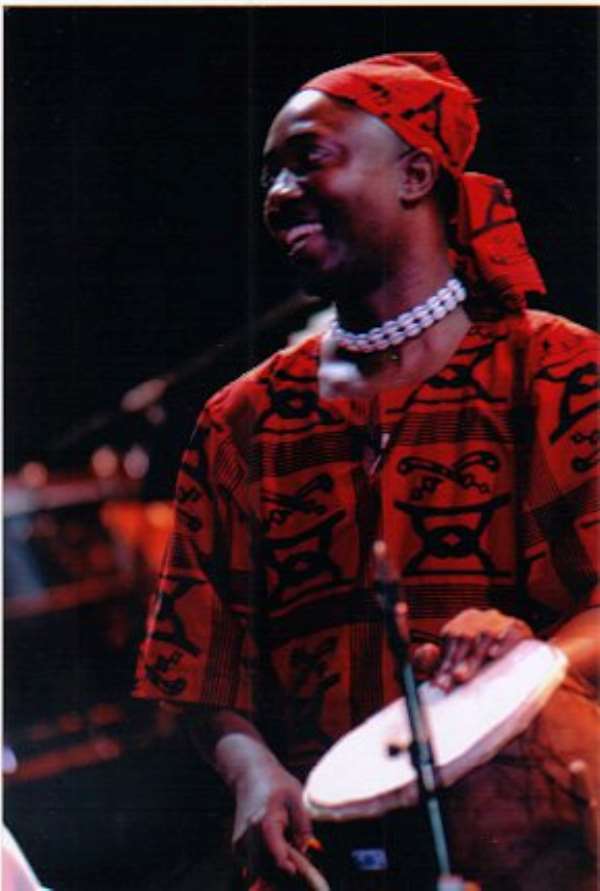 A US based Ghanaian cultural/ health researcher, lecturer and arts consultant, Mr. Harold Akyeampong is adding his name to some of the world's arts impressarios who have facilitated special workshops at the world's famous International African Arts Festival hosted in the biggest city in the world, New York City on Saturday, July 2nd, 2016.

Harold Akyeampong, who is the International director of the International Center for African Culture and Arts, and the President of the Ghana chapter of the world's number one percussion organization, the Percussive Arts Society, says, he is excited at this onerous opportunity to showcase Ghana courtesy of the Brooklyn Arts Council's Folk Arts Department.

New York City in the summer is the best city to be in the world. Residents and visitors alike attest to this fact that spending the summer is the best treat one can give himself/herself. Recreational events abound, summer self-develoments programs are all over the place; Summer schools for children of all ages are too many to count; sports events are everywhere; the most attractive one for those from Africa and Black Diaspora are series of festivals that are organized from late June through to mid September. With names such as Africa in America Festival, Jamaica Jerk Festival, Celebrate Brooklyn, African Arts Fest, Haiti Arts, New York Folkore Festival and many more, one would not be bored living or visiting New York City. Indeed, New York City is really a multicultural city.

With such a background, and with an offering that would engage and equip participants at the Percussion clinic with artistic as well as citizenry skills, one should not miss this special opportunity. Harold is an experienced International instructor/facilitator with portfolio that registers countries such as Nigeria, Togo, Benin, Germany, Scotland, England, Taiwan, Mexico and Colombia. He says " Come and be Empowered with the power to perform".

The event's address is at Commodore Barry Park and it starts at 1:00pm sharp.

Inside Politics: Political Quotes
Catch up with all the political quotes from our politicians.
Sponsored
More Art
Modern Ghana Links
How To Maintain The Right Mindset As A Teacher
Why Doctors Second Opinion is very important for Knee Replacement Surgery ?
How to prevent your kids from brain draining on vacation
Recovery After Knee ReplacementSurgery
How Do I Choose the Right Plastic Surgeon for Liposuction?
4 practical ways to market your business online locally
Don Max set to launch La Tohme album on the 22nd of October 2016
Making your Ghanaian brand famous in your location
Upper East Music Awards 2016
Election Reports Quotes Dossiers
TOP STORIES