How To Replicate the Liberian Example: Working with communities is the key to stopping Ebola 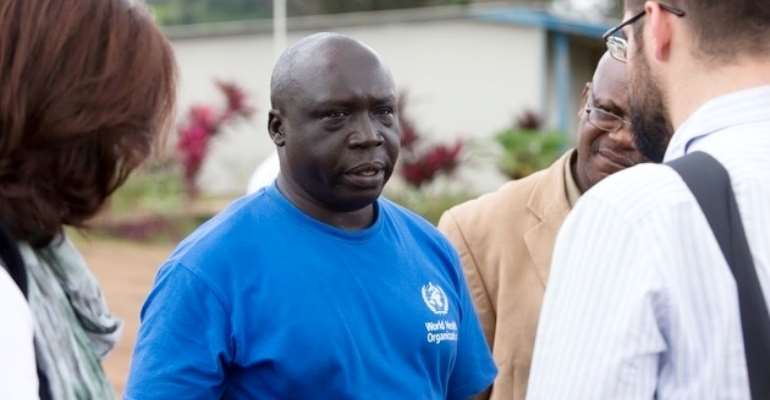 It is no denying the fact that Liberia is the worst hit country as far as Ebola is concerned, this status calls for stringent measures and proper health care delivery strategies that would help them to address this dangerous health problem. As efforts are being put in place, it is necessary for all other West African neighbors especially Ghana to be on alert to learn from the Liberian experience. One successful approach is sharing of right information with the communities on how to prevent the virus from attacking people.

The article below is culled from a WHO site and we believe it will be helpful if the governments and the people will learn to replicate the Liberian example should there be an outbreak.

October 2014
Eight weeks ago, when Dr Peter Clement arrived in Lofa County, Liberia, from WHO's office in Monrovia, 20-30 patients were coming to the Médecins sans Frontières (MSF) hospital with Ebola-like symptoms every day. People living in the community were afraid, civil unrest was simmering, and ambulance and health workers were being targeted.

Dr Peter Clements
WHO/C. Black
Against United Nations security advice, Dr Clement travelled 12 hours over dirt roads to Lofa, near the Guinea border. Once there, he walked into the hostile communities and went straight to the chiefs.

“In many years, you have not fought with these people,” he told them. “Now you attack them. They are not the enemy, Ebola is the enemy. If we don't chase Ebola, it will kill us. You have to know Ebola to fight Ebola. Mobilize your people. Let's get to know Ebola.”

Dr Clement said the key to working with a hostile community is listening first. So he patiently listened to the community to understand their fears, then he started to explain about the virus and how people can prevent from getting infected.

Once they knew what Ebola was and how to stop it, they declared together: “No more Ebola in our community from today.”

A plan developed by the community
Immediately, the people living in the community came up with their own plan that spread to all the households. They said:

Ebola is a disease, not a curse, not a government plot.

Those that are sick must go to the MSF clinic in Foya.

No one can bury their loved ones anymore. Effective immediately they would call the people who do it safely.

Although they are a very friendly people, there would be no more physical contact when greeting one another.

"You have to know Ebola to fight Ebola. Mobilize your people."

Dr Peter Clement, WHO coordinator for Lofa County
Dr Clement then carried the same approach around the county, community by community. Today, 30 formerly hostile villages are his best allies in the fight to stop Ebola here.

“They call us when anyone is sick,” he says. “We no longer have to go looking for the patients. The communities understand and they help us.”

The impact is significant. Today, there are only a few patients in the MSF clinic and it is the only place in the country an Ebola clinic is planning to downsize beds -- from 140 to 40.

No one is celebrating yet, it is too soon. But everyone stays vigilant to ensure that Foya remains on the right track towards no more Ebola in the community.