KIA to be transformed into African hub 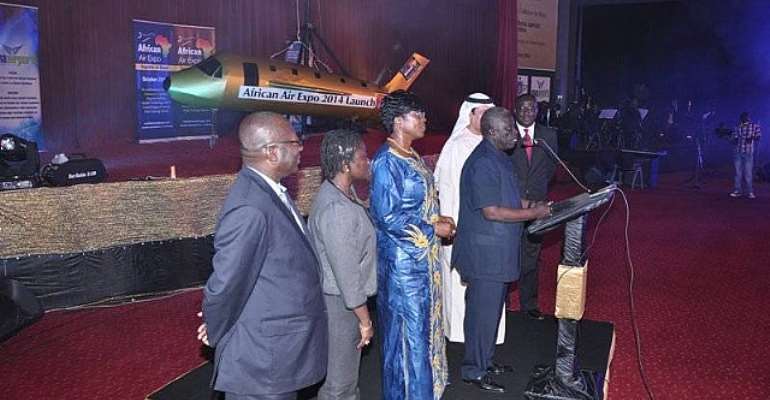 The Ministry would therefore build a modern aviation infrastructure and work closely with relevant stakeholders to inject the right knowledge and expertise into the industry.

Mrs Attivor said this at the launch of the African Air Expo 2014 on Tuesday.

The event was organised by the Ministry of Transport, in partnership with the International Centre of Excellence - Aviation Division, based in Dubai, United Arab Emirates and under the patronage of President John Dramani Mahama.

She said collaborating with experienced bodies would help utilise their experience, know-how and network within the realm of global aviation exhibition to Ghana and Africa, she said.

She attributed the boom in the aviation sector to liberalised aviation policies, stable political climate and conducive business environment, adding that, there was the need to be abreast with technology to meet the demands of the sector.

She expressed the hope that the air expo would provide a fertile forum for stakeholders to interact with prospective investors to achieve government's policy of promoting public private partnership in the development of infrastructure.

Mr Paul Victor Obeng, Chairman of the Development Planning Commission and Special Advisor to the President said government was committed to modernising the aviation industry by developing facilities at the KIA and strengthening partnership with the private sector.

He said while cargo facilities would be developed, road networks to the airport would receive facelift and a new airport, about 45 kilometres away from KIA, built.

Mr Obeng called on stakeholders to work in earnest to remove all bottlenecks in the industry in order to make Ghana a truly viable investment hub.

The African Aviation Exhibition and Conference is the first global aviation exhibition for Africa, which is expected to bring together top personalities, Businesses, Aviation and Airport Suppliers.

The reason for the exhibition and investment in Ghana is that the aviation industry gives access to 250 million people in the Economic Community of West African States and one billion people in Africa, and Ghana is one of the fastest growing economies in the world.