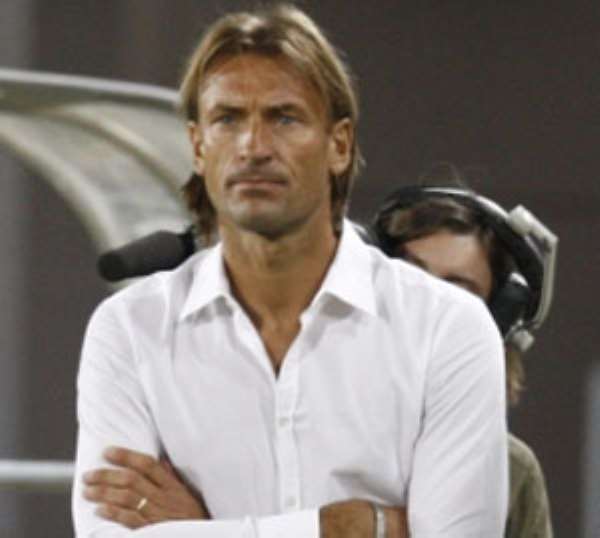 Zambia coach Herve Renard has confirmed his desire to return as coach of the Black Stars days after leading the Chipolopolo to a painful defeat against Ghana in the 2014 World Cup qualifier.

The French trainer was an assistant to compatriot Claude Leroy during his reign as head coach of the Black Stars between 2006-2008.

Working with the Black Stars was at the time the first ever encounter Renard ever had with an African side in his coaching career.

The 44-year-old developed a strong bond with many of the current players of the Black Stars team and has since always had good things to say of his time in Ghana.

The former Angola coach who was on the bench for Zambia when they lost to Ghana last Friday to end their hopes of making a first ever appearance at the World Cup has now confirmed what he had always been hinting at – a desire to become coach Ghana.

“I will maybe leave [Zambia] because I want a new challenge with a great team like yours [Black Stars],” Renard told GHANAsoccernet.com.

“I want to play one World Cup in my life or two, three…… I am hungry.”

The ex SC Draguignan coach will however have to wait a bit longer to become coach of the Black Stars with the Ghana FA seemingly happy with the work of their current coach Akwasi Appiah who remains on course to leading the Black Stars to a third successive World Cup finals .

Renard has however struggled to do well as a head coach elsewhere on the African continent aside Zambia.