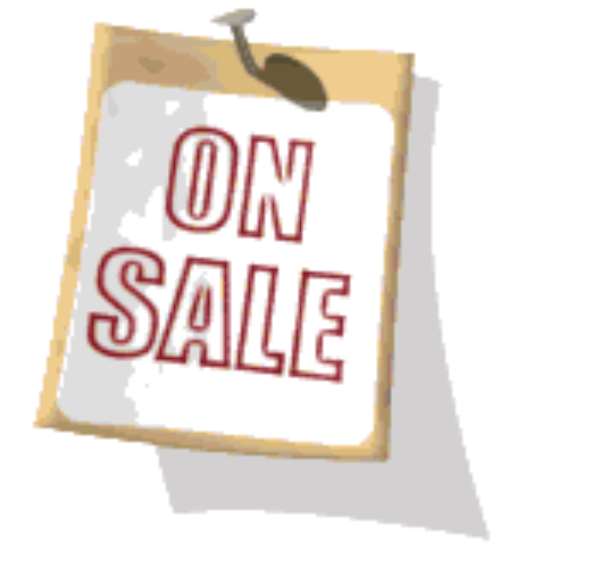 Mr. K.B. Asante, a former Diplomat, has called for the sale of the NPP government to investors who would then hire competent administrators to manage the country, and not the Ghana Commercial Bank (GCB). According to Mr. Asante if, as a result of government directives GCB is badly managed, it is not the bank that should be privatized but the government. "If the Bank of Ghana also failed to do its duty it should also be privatized", he added, in his contribution at a one-day public forum organised by ISODEC in Accra on the proposed GCB sale. Mr. Asante expressed concern about the intended divestiture of the 46.8 per cent government stake in GCB, saying "it is not necessary to go looking for a strategic investor, who would virtually just source money from outside and come here to buy the state-owned shares, which can be done by any investor, either local or foreign," He said it is Ghanaians who can get Ghana out of its present predicament and not foreigners who can only come in to assist. Asante explained that if Ghanaians throw up their hands in despair at the first encounter with difficulty and invite fellow creatures from other lands to come and solve their problems for them, they would only be condemning themselves as inferior beings who deserve no respect but domination. "One of the conditions which donors impose on us is maintenance of democracy and good governance, but that should not be a condition", he stressed. The ex-Diplomat warned the government that if it do not know how to use the majority share Ghana holds in GCB to make appropriate interventions to assist the rapid growth of the economy, it should not make the management of the economy more difficult to future governments by off loading shares to foreigners. He called on Ghanaians to shout loud and clear in the firm belief that any government really committed to democracy would listen. The President of the National Union of Ghana Students (NUGS), Edward Kofi Omane Boamah, called on the civil society to embark on non-violent civil disobedience should the government continue to push its agenda to sell GCB, "only birth right". He said the position of the union on the proposed sale of GCB is clear, that the sale of the bank was a total betrayal of the citizenry by the NPP government. Mr. Joseph Plange, Chairman of GCB Staff Association, urged the government to remember that the bank is not for the NPP and whatever decision it took on it should be in consultation with the masses which voted them into power.
According to him the Bank abounds in talents of all sorts to move it forward and called on the government to "pay what it owes the bank" and leave it in the hands of the management to move it forward for all to see.