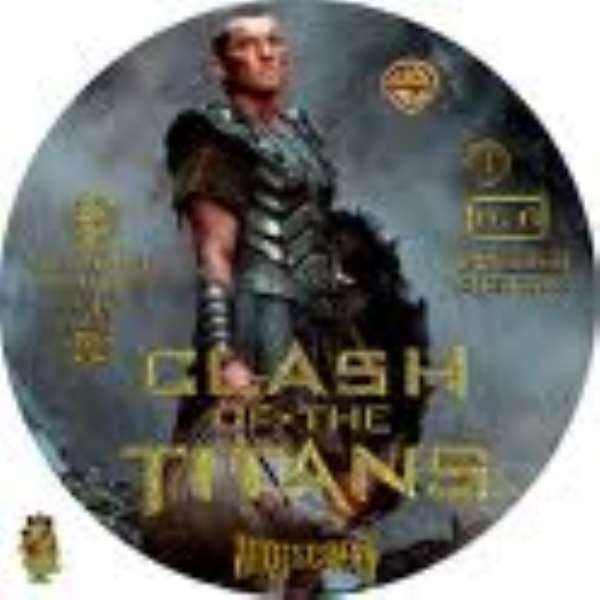 Clash Of The Titans (COTT, 2010) is the supposed fantasy Greek mythological story of god Zeus, his illegitimate son Parseus (demi-god) and the latter's fight with his uncle Hades (ruler of Underworld). It is a fight between good and evil. The result is of course a foregone conclusion. The gods must (certainly) be crazy when they decided to make this movie.

The Olympians defeat their own creator (the Titans) with the help of sea monster Kraken (Hade's creation). Zeus (Niam Leeson) becomes king of gods, his brother Poseidon (Danny Huston) – lord of seas and other brother Hades (Ralph Fiennes) becomes lord of underworld.

A fisherman Spyros ((Pete Postlethwaite) rescues a coffin from sea. He finds baby Perseus and his mother Danae (Tine Stapelfeldt) in it. He raises Perseus as his own son, who grows up (Sam Worthington) to be a fisherman.

A war on gods is declared when Argos' soldiers destroy statue of Zeus. Hades kills many soldiers and destroys Parseus' boat. His family is killed but he survives and is taken to Argos.

King Kepheus (Vincent Regan) and Queen Cassiopeia (Polly Walker) of Argos are happy with the win and consider themselves gods. They compare their daughter Andromeda (Alexa Davalos) to Aphrodite (Agyness Deyn). Hades attacks again but Perseus is unaffected. Hades now knows Perseus is a demi-god and tells him his father is Zeus.

Hades then kills the queen and swears revenge by releasing Kraken and if Andromeda is not sacrificed then Argos will be destroyed. He convinces Zeus to declare war on mankind. The king seeks Perseus' help. Io (Gemma Arterton), Perseus' well wisher advices him to defeat Kraken. He along with Io and Draco (Mads Mikkelsen) seeks Stygian Witches.

They come to Garden of Stygia and find the three Stygian Witches. Later Perseus kills Medusa (Natalia Vodianova) and Calibos, who then returns to his human form of Acrisius. Io dies as Calibos had stabbed her.

Perseus flies back with Medusa's head to Argos over Pegasus. He defeats Hades' creatures and turns Kraken to stone. Hades is banished to the underworld. Perseus rescues Andromeda but refuses to become king of Argos. He also refuses Zeus' offer to make him god. Zeus then gifts him with a resurrected Io. The movie ends on a happy note.

The summer has truly arrived albeit sans style. Don't expect this to be a Titan(ic) release but it is better than the other new releases.

At times I wondered whether I was watching a Bollywood flick (Made in English). The myth of Greek mythology went bust when Parseus (hero) original story is tampered with. And to think Liam Neeson unsuccessfully competes with Laurence Olivier (1981 original) in the role of Zeus. This is blasphemy.

This sequel is not a patch on 1981 movie of the same name. It can best be a poor Hollywood remake of countless Bollywood flicks on kings, illegitimate good son, evil connivers (vazir or relatives). The worst part is the movie is based on Greek mythology but clearly deviates from it. One can't play with history and facts. Costumes are atrocious. The actors just go through the motions presuming the viewers will lap up any trash churned out in the name of the original.

The fight scenes especially ones with scorpions and Kraken are awe-inspiring in 3D. The battle scenes are titanic. Sound effects appropriately compliment them. While one loved Sam Worthington in Avatar, here he clearly bows out. The movie is certainly not great but is good in parts. A video game too is being released only on game consoles with no PC version.

Content (consumer) is the king/queen. The movie lacks content so the consumer (viewer) may steer clear. Since it is in 3D, it has its own moments of awe and thrills. A long weekend with Good Friday and Easter too contributed to viewers flocking the theatres. Plus there is no valid competitor releases.

Currently it stands at no 1 position. Finally the viewership will fizzle out in its first week itself. This is neither Avatar (2009) nor Alice In Wonderland (2010) although all three movies are in 3D and are about winning of good over bad. But there the similarity ends. The quality downgrades 3, 2, 1. I suggest you can watch the original instead, which is still great after 29 long years.

Considering the non-content and non-acting, it is the best 1D movie one can ever view. That D of course stands for Disaster (with a Capital D). The 1 doesn't mean number 1 but the LEAST and the lowest.

15 Assembly Members, others granted bail for cursing Regiona...
30 minutes ago

I wanted to turn down Accra Regional Minister job because I ...
36 minutes ago