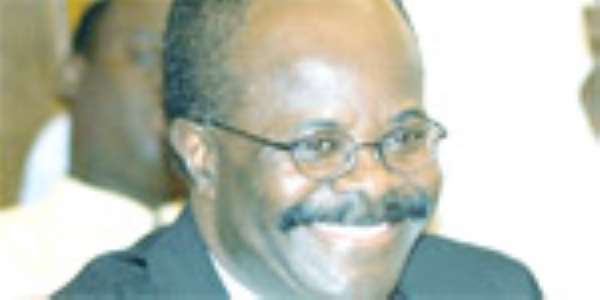 DR. PAA Kwesi Nduom, one of the five presidential hopefuls of the Convention People's Party (CPP), has remarked that CPP is the only political party in the country that possesses the antidotes to the nation's numerous economic problems.

According to him, the party had done it before under the leadership of Osagyefo Dr. Kwame Nkrumah, the founder of the CPP and the first President of Ghana when he led the fight for independence by demanding “self government now”.

In like manner, Dr. Nduom hoped to fight to free the country from poverty with the battle cry, “freedom from poverty, prosperity for all”, if he is given the mandate to lead the party and possibly the country.

To this end, he had appealed to delegates of the party to give him the nod at the CPP congress slated for 24th November, 2007, to propel the party to victory in the upcoming general elections.

Dr. Nduom, who is also the Member of Parliament (MP) for Komenda-Edina-Eguafo-Abrem (KEEA), stated these when he addressed party members in Tarkwa in the Western region as part of his two-day campaign tour of the region.

He noted that before the overthrow of the Nkrumah-led CPP in 1966, mass transportation in the county worked perfectly, while the Ghana Airways Corporation, the Black Star Line and the Ghana Railway Company also operated effectively and efficiently.

He assured Ghanaians that the CPP administration in 2009 under his leadership, would revive all the defunct industries in the country, bring back the Ghana Airways and the Black Star Line and also distribute development projects equitably nationwide.

Dr. Nduom commended the governments of the New Patriotic Party (NPP) and the National Democratic Congress (NDC) for contributing their quota towards the country's development, but added that it was time for the CPP to come and work, reconstruct and transform the country once again.

He described himself as a staunch CPP member who has done a lot over the years to keep the party alive, and debunked the erroneous notion that he never campaigned for Mr. George Aguddey as CPP presidential candidate during the 2004 general elections.

“I campaigned vigorously for Mr. Aguddey and managed to secure over 30,000 votes for him, which were more than what he got from Ada, his hometown,” he stressed.

He said apart from him, there were other members from the CPP who had been given the opportunity by the NPP government to prove themselves at responsible positions, and mentioned Professor Badu Akosa who was appointed Director-General of the Ghana Health Service (GHS), Dr. Kweku Osafo who served on the Board of Directors of the State Insurance Company (SIC), and Professor George Hagan, Chairman of the National Commission on Culture, among others.

He said this indicated that the CPP had people who could man the affairs of the country successfully, and asked all contestants vying for the CPP flagbearership to avoid what he described as “negative campaigning”.

Dr. Nduom later visited Half Assini and Nkroful, where he paid homage to the family members of the late Dr. Kwame Nkrumah and sought their blessings for the task ahead of him.

On Dr. Nduom's campaign trail were Mr. Felix Amoah, Campaign Manager; Mr. Lard Nylander, a businessman vying for the party's chairmanship; and Mr. Mike Eghan, who is contesting for the position of the CPP National Treasurer.