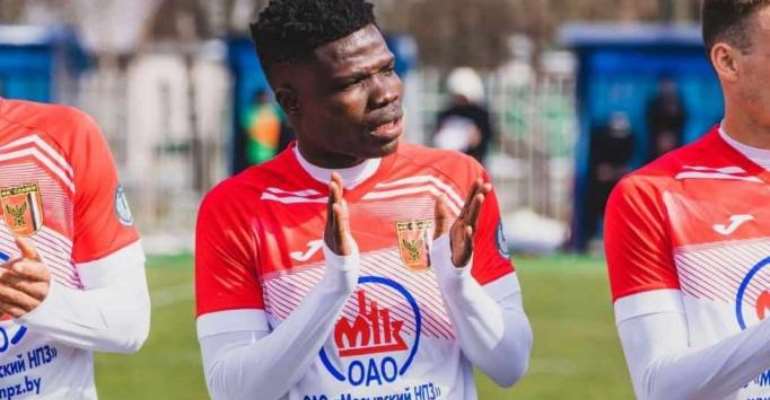 Ghanaian international Francis Narh was on target on Sunday to help Slavia Mozyr post a 3-2 win over FK Vitebsk in the Belarusian Premier League.

The exciting winger was handed a starting role for his club as they played away to their opponent in what was a Match Week 7 fixture of the ongoing season.

Just after 34 minutes of play, Slavia Mozyr was given the opportunity to take the lead after they were awarded a penalty kick.

Francis Narh who has been superb since the season started stepped up and expertly converted to shoot Slavia into the lead.

In the second half, two goals from Artyom Gurenko and Ion Nicolaescu on the 56 and 65th minutes respectively turned the tides in favour of FK Vitebsk who looked like they will eventually grab all 3 points.

An impressive end to the game by Slavia Mozyr in the last 10 minutes of the match, however, proved crucial as the away team came back strong to score twice. That eventually helped Francis Narh and his teammates to run away with the maximum points.

Narh, 26, has taken his tally of goals to 2 after making 7 appearances for his club this season.

MFWA Threatens To Sue NCA For Demanding Money To Release Inf...
59 minutes ago