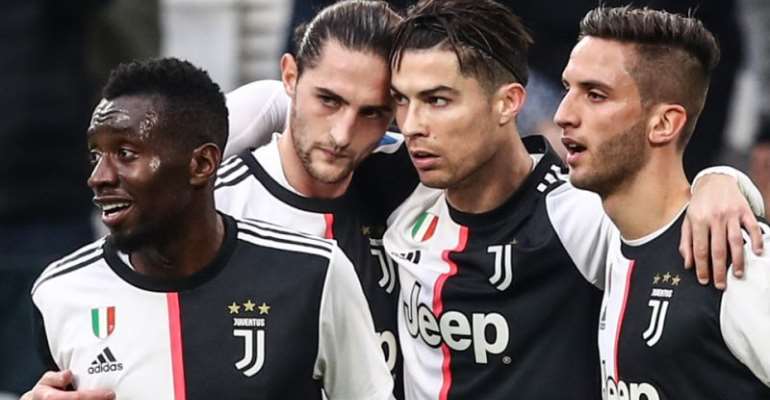 All 20 clubs in the Italian Serie A have voted to resume the 2019-20 season whenever possible.

There had been reports that some clubs were against restarting the season, with Italy having been one of the worst affected countries in Europe by coronavirus, however, an agreement has now been reached between teams and the Italian football federation (FIGC).

The news was confirmed via a conference call on Friday, however, it depends on whether the Italian government gives permission for football to start again.

Serie A president Paolo Dal Pino said: "Of course we want to play football, it would be against nature to say otherwise. Those who have a profession would always like to continue to do it if it will be possible while respecting health standards and protocols.

"We will strictly adhere to government advice, as we have always done. They can be sure of our constructive and collaborative spirit and that my harmony with [president of the FIGC Gabriele] Gravina is absolute".

Juventus president Andrea Agnelli also reaffirmed his club's willingness to complete the championship in its regular form if possible.

According to Tuttosport, he said: "You know that I prefer silence, this may have fuelled incorrect interpretations of Juventus' will. Well, I strongly reiterate that Juventus have the firm will to end the 2019-20 season. Starting training on May 18 and matches in June, there will be ways and times to end the seasons while respecting the indications of UEFA."

Another key moment in whether Serie A will return comes on Sunday when the FIGC meets with the government's scientific-technical committee to discuss the medical protocol needed to restart the season after previous guidelines presented by the league were rejected.

The attempts to restart Serie A come as other major European leagues have been abandoned due to coronavirus, with government interventions meaning restarting the current campaigns have become impossible.

France's Ligue 1 and the Dutch Eredivisie have both ended their seasons after football and other large gatherings were banned until September, while hopes in Germany that the league could resume this month have been held up on official health advice.

Gravina, however, has said he will never cancel the Serie A season as it "would be the death of Italian football".

He said: "I'm protecting the interests of everyone so, I repeat, I refuse to sign off a total shutdown unless there are objective conditions relating to the health of everyone involved, but someone has to tell me clearly and stop me from moving forward.

"With a total shutdown, the system would lose €700-800 million. If we were to play behind closed doors, the losses would be €300m, and if we restarted with fans, the losses would amount to €100-150m, even though the latter isn't viable.

"We have strong contractual responsibilities towards international partners and institutions, such as UEFA and FIFA."