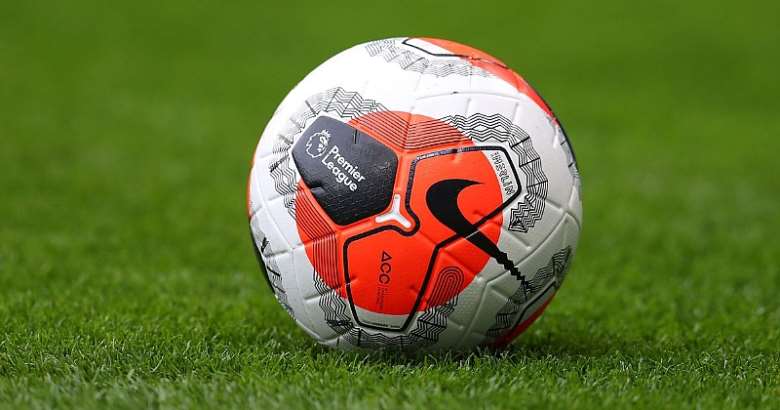 Neutral venues will be the only way to complete the season, Premier League clubs were told during a video conference on Friday.

The Premier League would also need up to 40,000 tests for players and staff if plans to play the 92 outstanding games behind closed doors are pursued.

Clubs reiterated a commitment to resuming the season "when safe and appropriate to do so".

Dowden introduced the meeting and said elite sport would return behind closed doors "when, and only when, it is safe to do so on the basis of expert medical advice".

BBC Sport understands that sports have accepted that the return to competition is going to be a "long, detailed process" and the discussions in Friday's conference were largely based on the resumption of training.

The Premier League said in a statement it would "only return to training and playing with government guidance".

"No decisions were taken at today's meeting and clubs exchanged views on the information provided regarding 'Project Restart'," the statement added.

A major factor in the decision to use neutral venues is it try to reduce any chance of fans congregating, and the selected grounds will be largely based on a rating from the police and the Sports Grounds Safety Authority.

Clubs will also have to sign up to a medical protocol, put together by the Premier League doctors' group and the League's medical adviser, which will be phased in as the situation changes.

The Premier League has been suspended since 13 March but all clubs remain committed to playing the 92 remaining fixtures of 2019-20 and there was no discussion about voiding the season.

It is understood that overall the Project Restart plans were well received by clubs, but elements that were challenged will be worked on.

The PFA and LMA will be tasked with carrying out a consultation of players and managers.

There will be a meeting of clubs following the government's review of the lockdown restrictions next week, but this will not take place on Thursday.

If training is resumed before social distancing rules are relaxed, BBC Sport understands players will be tested for coronavirus twice a week and would be screened for symptoms every day. All tests would be carried out by health professionals at a drive-through NHS testing facility that each club would have access to. Training grounds will be optimised for social distancing and high hygiene levels.

'Litigation inevitable'
Leading sports lawyer Nick de Marco told BBC Sport any decision made will need to be a "compromise" but "it's inevitable there will be litigation arising from it".

"It's impossible to reach a decision that will please everybody. The legal issues and of course the health issues are the main determining factors at the moment," added De Marco.

He said there are "four big legal issues" which would involve broadcasters, sponsors, clubs and individual players.

Those could include disputes over value for money if the season is not completed, as well as disagreements over who is awarded the title, who is relegated and who is promoted.

"There's also the fundamental health problem. What if players don't feel that it's safe to return?" he added.

De Marco also said there was a "very big problem" regarding player contracts as "nothing is preventing them" from walking out if it expires before the season is completed.

"You could have a player playing for a club one week and a rival the next week," he said.

"I think it is possible to change the culture of the sport and it requires rigorous implementation," said Carneiro.

"In order to do that, you require the support of your governing body and that has historically not always been the case in football."

Carneiro said the "close contact of footballers" during games, travelling and in training makes them "so much more prone to developing infection".

"I think there will be a lot of fear. That won't be held by the widely varying practices," she added.

"The evidence base for this virus is in its infancy. We know very little about it so to be able to deliver a safe return is going to be a huge challenge and I think we require time."

Carneiro added that doctors will need training on infection control while "rapid and effective testing" will be "key" to a safe return.