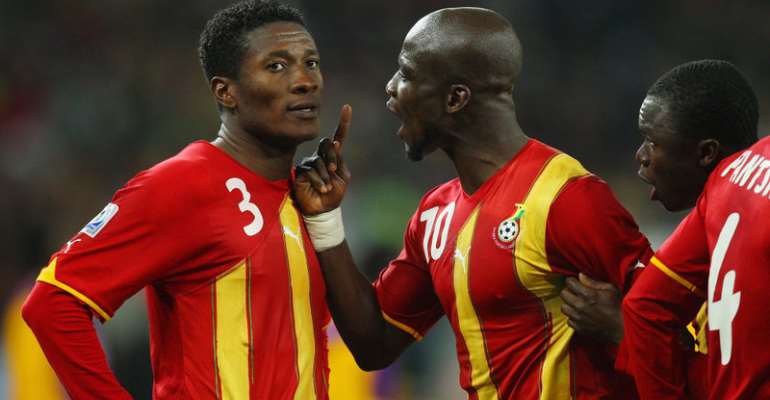 Former Ghana captain, Stephen Appiah has revealed that no player in the Black Stars could ever challenge his decision to take a penalty kick during his time with the national team.

Appiah captained the Black Stars from 2003 to 2010 and was a kingpin for the national team.

In 2010 FIFA World Cup in South Africa, Ghana suffered a painful quarterfinal exit after losing on penalties to Uruguay.

Ghana could have won in extra time but for a late penalty miss by forward Asamoah Gyan, an incident which goes down as one of the bitter defeats for the Black Stars.

Gyan, 33, who was Ghana’s lead scorer at the Mundial was reported to have gone against Stephen Appiah’s decision to take the penalty against Uruguay after the latter had made his intention to affect the kick.

Contrary to the reports, the former Fenerbahçe and Udinese star who qualified the country to it first World Cup appearance in Germany has denied the said reports insisting none of his teammates could ever challenge his decision to take a penalty during games.

“No player in the Black Stars could take the ball from me when I had made a decision to take a penalty kick, there was absolutely no player, never!.

"Everybody will stand aside as soon as I made a decision to take a penalty kick,” he told GTV.

Appiah capped 67 times for the country.

Mahama Installed As Development Chief Of Apesika
48 minutes ago

New Voter Roll: EC Quickly Restored My Name After I Raised A...
48 minutes ago