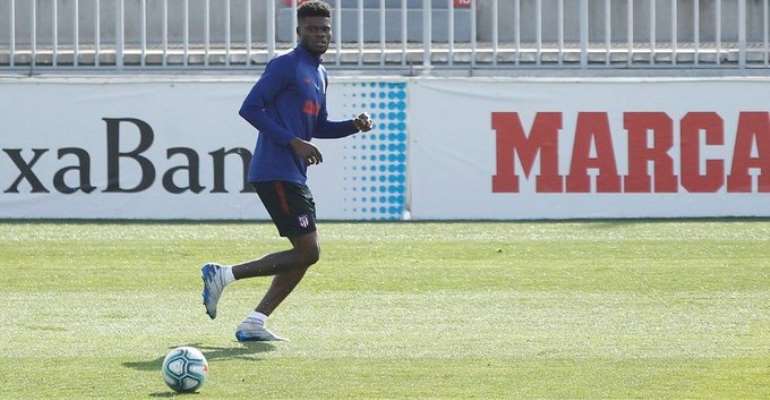 Arsenal are locked in talks with Atletico Madrid over a potential deal for Thomas Partey, according to the midfielder’s father.

The Gunners are long-term admirers of the 26-year-old, who has established himself as a first-team star for Diego Simeone’s side.

The LaLiga giants are hoping to tie the Ghana international down to a new long-term deal, with a reported £43.5million release clause stipulated in his current deal.

However, that prospect looks increasingly unlikely with Partey’s dad, Jacob, revealing that the two clubs are currently negotiating a fee for the highly-rated defensive midfielder.

“I called my son after hearing the rumours and he told me that the rumours are true,” he told Tru FM’s ‘Sports World Show’.

“He told me they are holding talks between him and Arsenal. It all depends on the offer Atletico are demanding.

“If he goes to Arsenal fine, they have a lot supporters in Ghana. I will be happy if he decides to move to Arsenal.

“What they are discussing now is how Atletico will release him.”

Partey, who has three years remaining on his current deal at the Wanda Metropolitano, has made it no secret of his desire to play in the Premier League.

In an interview with ESPN last summer, he said: “The Premier League is a good league, it’s very competitive and has some of the best players in the world,” he admitted.

“Hopefully, one day. I would like to play there. My agents are on it so I will leave everything for them.”