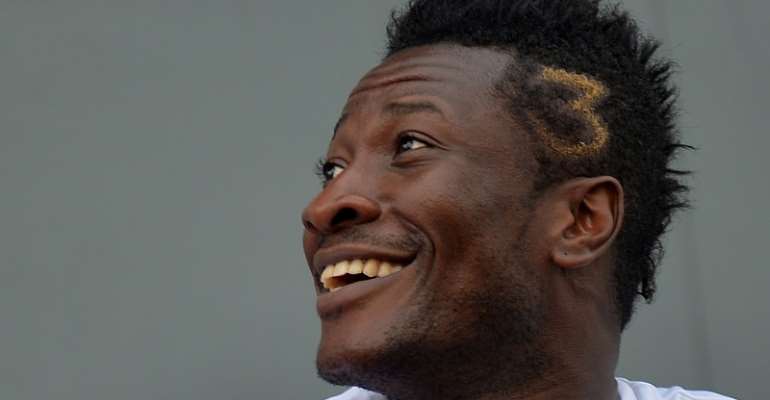 The former Liberty Professionals ace propelled Ghana to the quarter-finals of the 2010 World Cup in South Africa for the first time.

Gyan continued his sensational form for Sunderland in the English Premier League after joining the club on loan.

Despite his impressive output, Gyan made a surprise move to UAE in 2014.

Gyan scored many goals for Al Ain as they won the league and also helped Ghana qualify for its third successive FIFA world cup in Brazil.

Speaking in an interview with TV3’s Juliet Bawuah, Gyan mentioned it baffles him how he couldn’t any of the prestigious awards.

“Sometimes I don’t know how they vote it, but I still think I should have won it in 2010 and 2014 because I deserved it,” Gyan claimed.

“I did everything I was scoring goals, I was on top of my shape, I was doing everything you can check the stats. he added.

However, Gyan says he takes consolation in the fact that he won other individual awards and says he’s not really gutted he missed out on the CAF Africa Player of the Year Awards.

“Sometimes I feel like there were a lot of players who were even better than me and they didn’t get to there.

“But at least I was able to win the BBC African Player of the Year, it was one of my (most) prestigious awards in my career. I was second in the CAF Awards”.

“I placed second behind one of the greatest African players, Samuel Eto’o, Drogba was third”.

“Being on (the stage) with these great legends, great giants, I still feel proud of myself and still feel great” he concluded.