Dr Nyaho Tamakloe Is Not Beyond Reproach - Charles Taylor 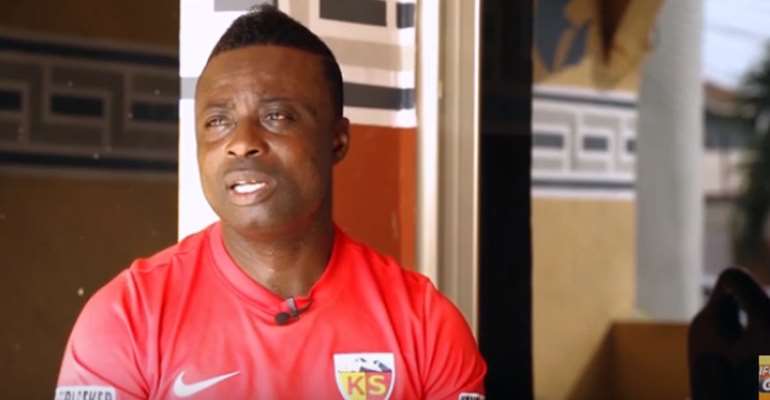 Hearts of Oak legend, Charles Taylor has defended his criticisms on Dr Nyaho Nyaho Tamakloe insisting the leadership of the club is not above reproach.

The former Ghana international had earlier made comments about Dr Nyaho Tamakloe which was deemed as unsavoury by the club, who issued a statement to condemn him.

Taylor accused Dr Tamakloe is running the club following his comment about players who are trying to relaunch their career.

But the former Asante Kotoko winger in a sharp response stressed he dod no wrong with his comments.

“In our part of the word, sharing your view on comments made by an elderly is misconstrue for insults. You kill the talents and career of returnee players if you block them from rejoining the club," he told Kumasi FM.

"I was only being blunt and not out of hatred, I want the progress of the club instead.

“I am surprised by the statement from Hearts of Oak. Even the president of the country is insulted. I have not insulted Dr Nyaho Tamakloe, saying he is archaic isn’t an insult because it’s obvious he’s aged.

"I have no problem with him, he can’t even recognize me. He’s my neighbour at spintex, I have to introduce myself to him anytime I see him.” He added.

Charles Taylor, however, issued a word of apology to Dr Tamakloe.

The pain from my move to Kotoko is something still hunting the current leaders of the club. I cannot be barred from commenting on issues at the club but I will keep mute on their issues henceforth”.