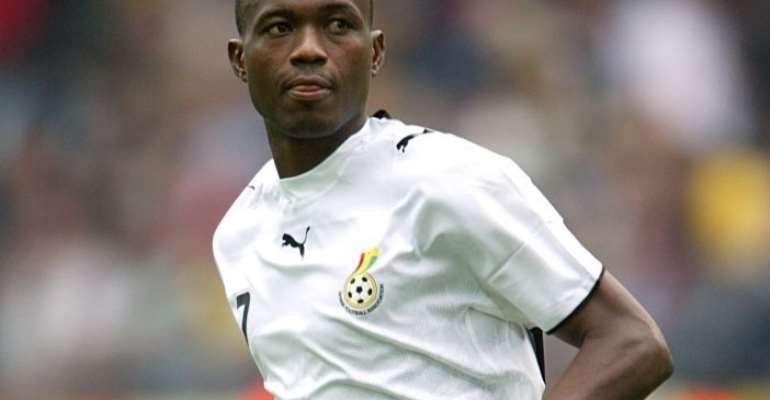 Following his impressive output at the 2006 FIFA World up in Germany, Illiasu was handed a trial by manager Arsene Wenger.

However, the deal collapsed unexpectedly and according to him, the veteran administrator halted his move to the Premier League side.

“Arsene Wenger told me that he had monitored me against the Czech Republic at the World Cup and believes that I’m one of the best defenders in Africa. He told me he wanted to sign me to Arsenal to help his team," he told Asempa FM.

“I started training with them and after the third training session, the agent called and confirmed Wenger was impressed and wanted to sign me.

“Later, the agent called and requested that I speak with Alhaji Grunsah because he was being stubborn and that I should also engage Kotoko, Kwabena Kesse (Kessben) was then the CEO.

“I remember I spoke to him and Mr Kesse told me they were still in talks with Arsenal and assured me my future remained the central focus.

Despite these initial positive signs, the move never happened and Shilla Illiasu says he later uncovered that a letter Alhaji Grunsah penned to Arsenal might be the major reason the English club pulled the plugs on the deal

“It was later that I realised that Alhaji was the biggest problem. He personally wrote a letter to Arsenal telling them that I was his bonafide property.

“So the agent asked what is Alhaji saying. The agent asked me that can’t you talk to Alhaji because he is trying to bring problem.

“Because Alhaji wrote to Arsenal that I was his bonafide property and that time too I was a Kotoko player.

“So when the Arsenal deal was to go through, Kotoko was trying to tell Alhaji he was getting close to nothing from the deal and Alhaji also did his things,” he narrated.

Illiasu says he his heart weeps at how this move never happened and called this one the biggest regrets in his playing career.

“So these are some of the things I feel sad to remember. It's not easy, I remember shedding tears over this in a radio interview sometime back”, he added.