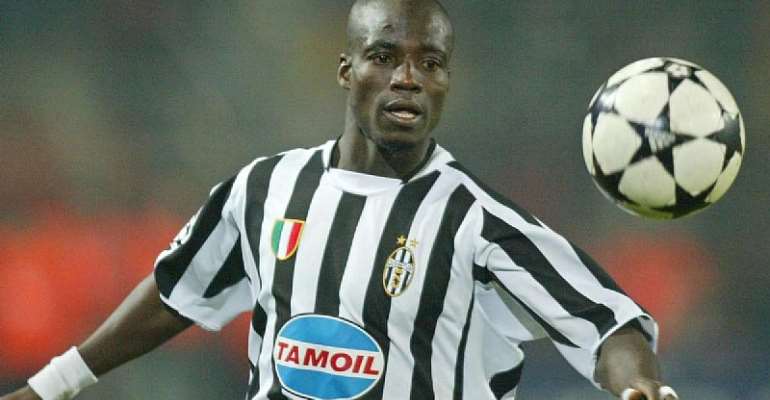 Former skipper of the Black Stars, Stephen Appiah has revealed that his career at Juventus came to an end after choosing to play for Ghana at the 2004 Olympic Games.

Appiah, who qualified the country to its maiden World Cup appearance in Germany secured a dream move to the Italian giants in 2003.

However, the 39-year-old's stay with the Old Lady came to an end after two years.

According to the midfielder, he insisted on playing for his country, against the wishes of the club, and consequently lost his position in the team.

“Before the 2004 Olympic Games in Athens, Ghana sent an invitation to Juventus so the director then came to me and was like we’ve received your invitation but you’re not going, so I said director, I’m going to think about it,” Appiah told KOD in an interview on Instagram.

“The next day after training they called me to the office, the powerful people in football. I was sitting in front of them scared because the least thing and you’re going to lose your contract. They asked me but I still told them I was thinking about it.

“If I had said I was not going I was going to have problems with Ghanaians. So one day I gathered confidence and told them I want to go, they asked why but I said I’m playing for Juventus, I’m happy and everyone knows me but everything I do my country comes first. So I left and went to Athens.

“When we finished and I came back that’s where I started having problems so I left Juventus because I chose to go to Athens to play for Ghana. That’s when I lost my position at Juventus. I had to find a different team and luckily Fenerbahce came in.”

Appiah went on to enjoy a successful stint with Turkish giants Fenerbahce, where he won a host of titles.