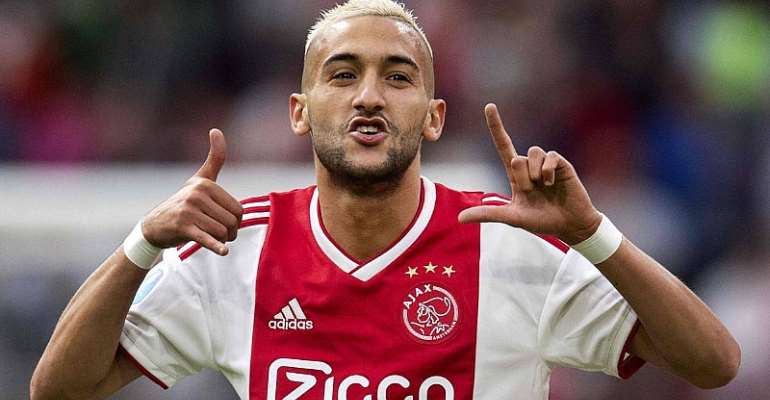 Hakim Ziyech is on his way to Chelsea and Mason Mount is looking forward to welcoming another “world-class” talent onto the books at Stamford Bridge despite the further competition for places he is about to face.

The Blues have a €40 million (£33m/$43m) agreement in place with Ajax that will see a Morocco international join their ranks over the summer.

It remains to be seen when that deal will be officially pushed through, as divisions around the world remain in lockdown during the coronavirus crisis, but a fresh start beckons.

Ziyech has established a reputation as one of the most productive playmakers in Europe during a four-year stint with Ajax. He registered 21 goals across all competitions last season, while finding the target eight times and providing 21 assists in the current campaign.

Frank Lampard is buying into that ability and will add a talented 27-year-old to his attacking crop in west London.

Mount currently forms part of those ranks, with the England international having enjoyed a breakthrough campaign at Chelsea in 2019-20. Ziyech’s presence could mean that he sees limited game time next season, but the 21-year-old says he is looking forward to the challenge.

Mount said during a Combat Corona FIFA tournament: “So two years ago I was in Holland on loan so I knew a bit about him then and obviously how good of a player he is.

“So obviously it’s another amazing, world-class player joining the club. So yeah buzzing to work with him, train with him and hopefully play with him.”

Mount spent time on loan at Vitesse Arnhem in 2017-18. His efforts there, along with a stint at Derby last season, have helped him to compete for regular senior outings at Chelsea.

He is taking in an enforced break at present, along with the rest of the sporting world, as the coronavirus pandemic prevents competitive football from taking place.

Mount is looking to stay in shape, though, ready for a return to action at some point in the near future.

Ruben Loftus-Cheek is another of those trying to get himself match fit, with the 24-year-old midfielder having shaken off a long-standing injury just in time to see matches postponed indefinitely.

Asked on what he is doing during lockdown, the England star said: “It’s been difficult just staying inside, it’s just a complete change of routine, but I think it’s just the best thing to do, just avoid going out as much as you can, because I think everyone just wants to get this over and done with, back to normal routine, normal football on the weekends.”

Police arrest Funny Face after threatening to kill mother of...
5 minutes ago

Police comb for Shatta Wale after reportedly shot
12 minutes ago