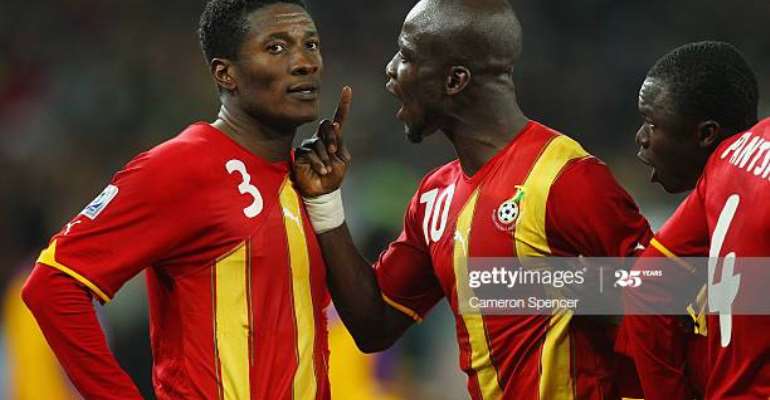 A former Black Stars goalkeeper, Richard Kingston has refuted claims that Stephen Appiah was interested in taking the penalty against Uruguay.

After an excellent display against South Americans in the quarter-finals of the 2010 FIFA World Cup in South Africa, Asamoah Gyan failed to convert a late penalty after Luis Suarez prevented Dominic Adiyah’s header from entering the net.

Several reports have emerged that Appiah was furious with Asamoah Gyan after failing to hand over the ball to him.

But the former Galatasaray and Blackpool goalkeeper says Appiah was never interested in taking the penalty knowing that Gyan was the number one penalty shooter.

"Asamoah Gyan was our first penalty taker. When there is a penalty everyone knew Asamoah Gyan will take it,” he told FOX FM.

“So against Uruguay when the penalty was awarded Stephen Appiah took the ball immediately to hand it over to Asamoah Gyan.

“Sometimes some people say Appiah wanted to take it but Gyan stopped him. That was never true. Gyan was always going to have it,” he added.

Kingston also shared that he is unhappy with how the Ghana Football Association treat Black Stars goalkeepers trainer.

"I am always grateful to have had the opportunity to serve the national team as the trainer for goalkeepers but what hurt me was the manner in which my appointment was terminated.

“I received a WhatsApp message on one Monday from the GFA to furnish my CV and certificates. I did that and never heard from the GFA again.

“The next thing I heard was that the technical teams of national teams have been dissolved. This is not how things should be done. It really hurt me,” he added.