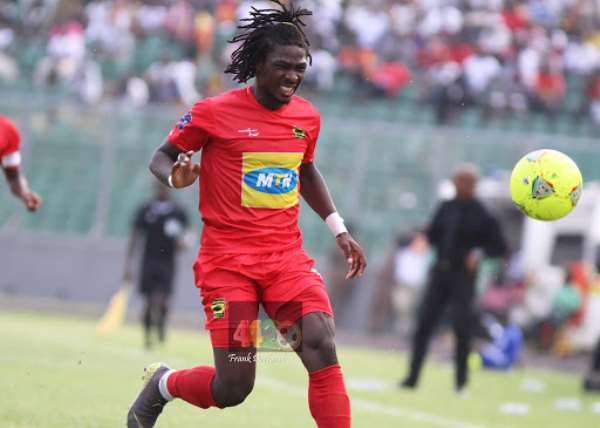 FIFA intermediary, Yussif Chibsah recently disclosed that he secured a deal worth $50,000 for Songne Yacouba but was thrown out of the window by the Kumasi-based heavyweights.

The Burkinabe has been in teh news for the past months after refusing to renew his contract with the club after demanding $150,000.

But a twist to the tale has revealed that Yussif Chibsah demanded 20 per cent of the deal which did not sit well with the management of the Club.

The 28-year-old is a free agent after his contract with the Porcupine Warriors expired yesterday, reports in the media have indicated Medeama are nearing a move for the erstwhile Asante Kotoko marksman.