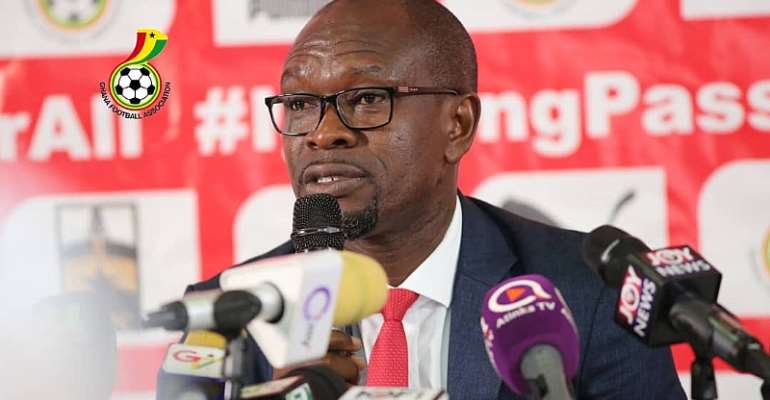 Head coach for the Black Stars, Charles Kwablan Akonnor has reiterated that he is open to giving call-ups to more of the home-based players if they do well with their clubs.

The former Asante Kotoko head coach invited 4 local players in the first team he assembled for the double-header matches against Sudan in the qualifiers to the Africa Cup of Nations (AFCON) tournament.

Unfortunately for the players [Yahaya Mohammed, Habib Mohammed, Kwadwo Amoako, and Richard Arthur] they could not play because the qualifiers had to be postponed due to the Coronavirus pandemic.

In an interview with the media team of the Ghana Football Association (GFA), Coach CK Akonnor has said that he is ready to give more invites to the home-based players in the local leagues.

With that said, he insists it will be up to the players and the desire they show while playing for their respective clubs.

“It is up to the locals [local players] honestly. We will give them a chance, we will encourage them. Even I had plans before we assembled the team. I have a psychologist to talk to them before they join the camp and so the challenge is up to them”, the gaffer said.

He added, “I would like to give the chance to the locals more. When I started playing [for Black Stars], the likes of Frimpong Manso, Armah Senegal, and Salifu Ansah the goalkeeper, they were senior guys. We had a majority of locals in the team. I started playing as a local player before I traveled abroad. It has changed and I think it is up to us to try as much as we can to improve that area because there is a big gap.”

At the moment, the football season in Ghana has been suspended but players will hope to fight for a place in the next Black Stars call-up when the season resumes.