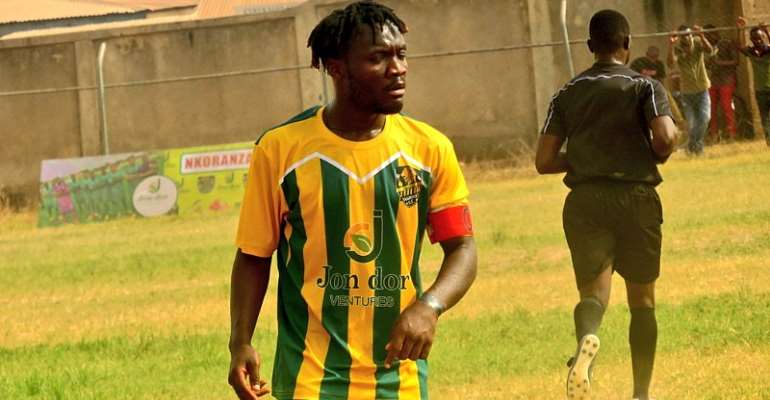 The highly-rated midfielder has had a stellar start to the 2019/2020 Division One League season where he has won 8 ‘Man of the Match’ awards after making 13 appearances.

Since the second transfer window of the Ghanaian football season opened, he has been linked with moves to Premier League giants Hearts of Oak, Asante Kotoko, as well as Aduana Stars.

Though he was thought to be close to signing for the Phobians, Emmanuel Sarkodie has today arrived at the secretariat of Kotoko ahead of his switch to join the Reds.

According to Light FM, the Premier League record holders have finalized negotiations and will seal the transfer of the midfielder by close of today.

Emmanuel Sarkodie’s official unveiling will, however, be delayed until next week.