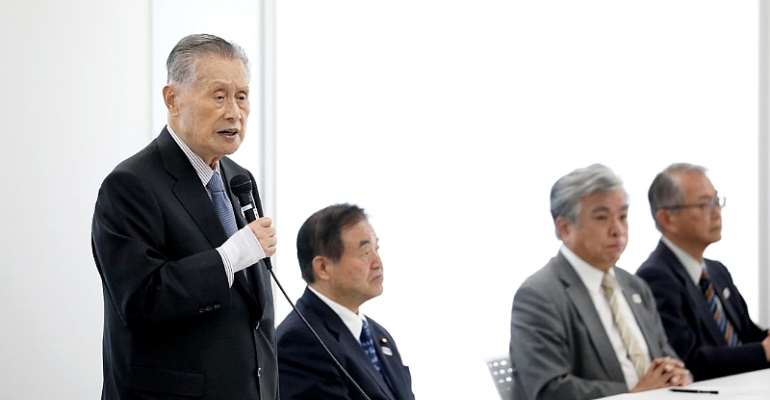 Organisers hold first meeting to tackle 'unprecedented challenge': the 'Tokyo 2020 New Launch Task Force' will aim to decide the new dates in 2021 for the Games as soon as possible.

The task force to oversee the postponement of the Tokyo 2020 Olympic and Paralympic Games held its first meeting on Thursday (26 March), ready to go where no organising committee has ever gone before.

Two days after the first postponement in Games history was decided, Tokyo 2020 President YOSHIRO Mori set the tone at the launch of the task force in his opening address.

"I read in the paper this morning that (International Olympic Committee) President (Thomas) Bach said we are in the midst of an unprecedented challenge and that is exactly what we are up against", Mori said.

"In short, what we have been working on for seven years came to a screeching halt just as it was about to start - and now we have to build it back again. We are going to have to cram into about six months, what we achieved in seven years so it will be difficult".

"To use rugby lingo, we now need to string phase after phase, after phase. It will not be a game of packs".

"Making decisions seamlessly will be crucial".
First and foremost, the task force will aim to decide the new dates in 2021 for the Games as soon as possible. Tokyo 2020 had been set to be held from 24 July to 9 August.

"We have to decide when the opening ceremonies for the Olympics and Paralympics will be", Tokyo 2020 CEO TOSHIRO Muto said. "Without that, there are a lot of things we simply cannot do".

Equally important, Muto said, will be securing the numerous facilities - and not just the 43 competition venues - that were locked in for the Games.

Then, everything from volunteers to accommodation to security to ticketing will have to be dealt with. There are thousands of existing contracts that simply cannot be torn up.

And Muto conceded the bill will not be cheap.
"We need to secure the facilities. Not only the venues but the athletes’ village, training sites, storages and what not", he said. "We need to assess whether they will be available when we need them next year.

"There will be additional costs that come with this - and we expect it will probably be massive.

"We are dealing with the postponement of the Games, which has never happened in history. The task is daunting".

The IOC told us the organisation of Tokyo 2020 is an Olympic record,and we hope to set another record with this new start we have embarked on

Mori said while Tokyo 2020 and the IOC will lead, it will take cooperation from all the stakeholders to steer through these uncharted waters, including the governments, sponsors and athletes.

The former Japanese Prime Minister likened the situation to something he knows like the back of his hand - an election.

"This is like an election campaign and in an election, you ask for help, you beg for the hundreds of thousands signatures you need to get to where you want", Mori said.

Added Muto, "The IOC told us the organisation of Tokyo 2020 is an Olympic record, and we hope to set another record with this new start we have embarked on".

Tribal Conflict Looms At Osudoku Over Land Litigation
17 minutes ago

Election 2020: We’ll Deal With Trouble Plotters To Know That...
17 minutes ago