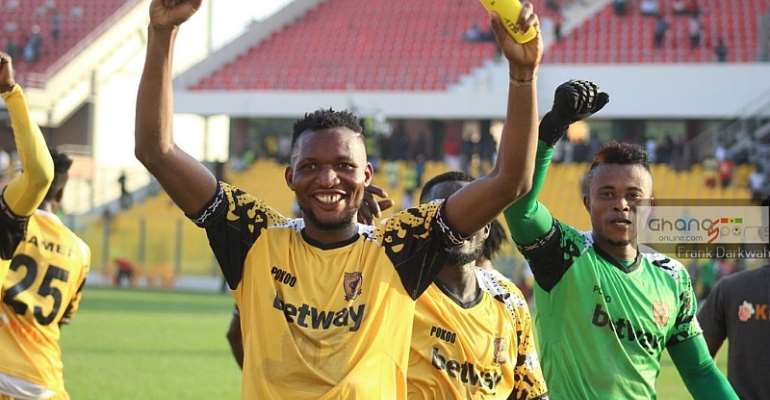 Modernghana Sports can report that Ashanti Gold has said NO to 2 bids from Legon Cities FC for the signing of midfielders James Akaminko and Latif Anabila.

Formerly called Wa All Stars, Legon Cities have had a fairly good start to the Ghana Premier League season but their inconsistencies have left them sitting 14th on the standings of the division.

With the suspension of the season due to the Coronavirus pandemic, they are hoping to take advantage of the opened transfer window to recruit some top players.

Having identified James Akaminko and Latif Anabila as quality players that would add strength to their squad, Legon Cities made an initial offer of $25,000 for each of the players.

It was rejected by Ashanti Gold who priced the due at $120,000. In a counter-offer, the Royals made a second offer of $60,000 for the two players which has also been rejected.

According to Kumasi FM, management of Ashgold is asking Legon Cities to pay $80,000 or end their pursuit of James Akaminko and Latif Anabila.

Sources say the Royals have regrouped and are planning to make one last offer that could be around $70,000.